Swimming, hiking, monkeys and more. Last week was certainly an interesting one!

The adventures started on Wednesday, when a friend of ours set up a surprise for us. We were only given a time and place to meet, the rest was a secret.

After driving to the secluded location, we found ourselves at a sanctuary of sorts. A woman approached us and led us into her yard where she had rescue animals. But not just any rescues…

We were brought around the area and introduced to several different animals. 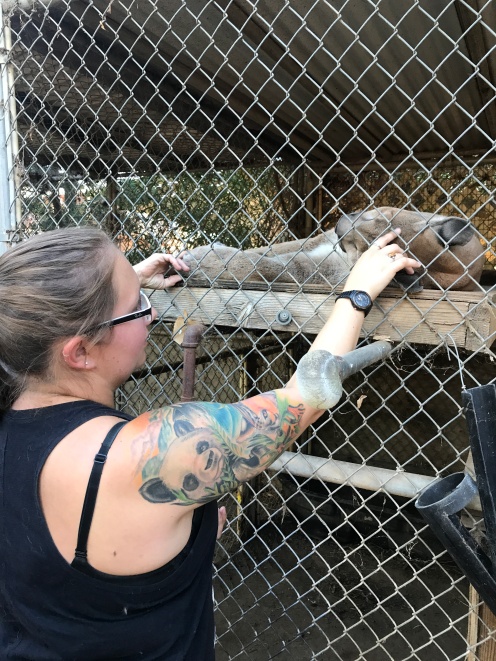 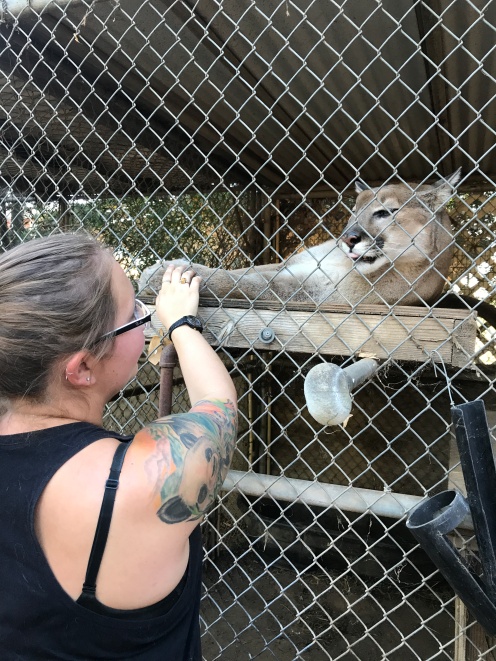 We even got to feed some of them. 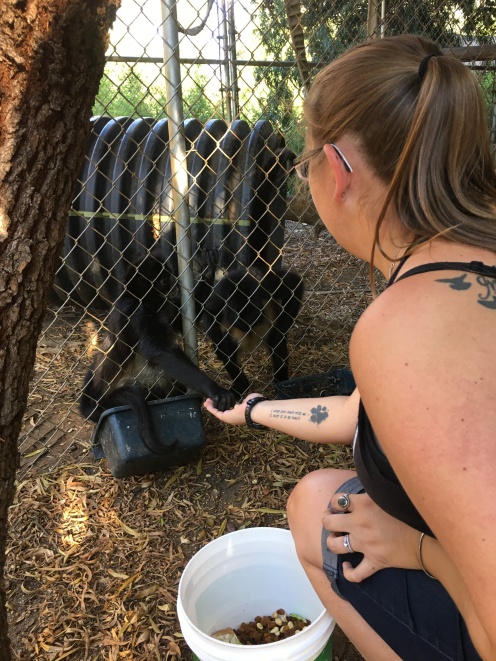 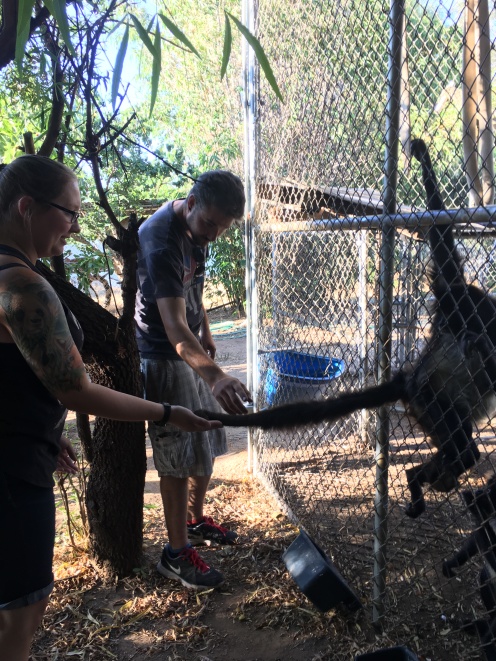 Some of them were found loose in areas like L.A. Some of them were ex-laboratory animals. There were several that had had their teeth pulled, or canines pulled, by previous owners so they wouldn’t be able to bite. Their stories were sad ones in many cases.

Though I do not like seeing many animals in captivity, I was happy to see they were well cared for here and that they seemed happy in spite of their pasts. The woman who runs the sanctuary was very caring, humble and seemed like she tried hard to provide a good home.

It was certainly an interesting surprise!

On Friday, we went to a concert at an outdoor venue. Incubus, Andy’s favorite band. This was his first time seeing them in concert and he said, “Thirteen-year-old me is totally thrilled right now.” 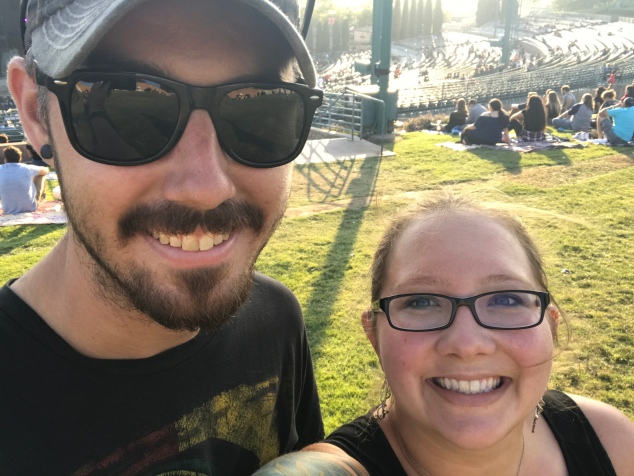 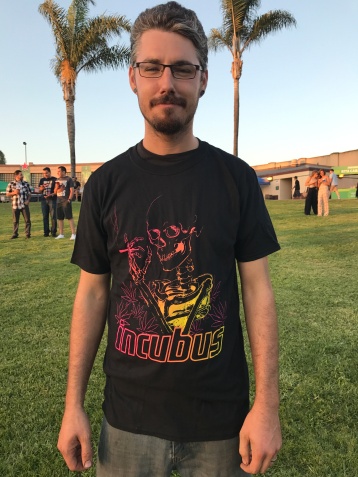 It was a beautiful night and the venue was nice. The drink prices were astronomical ($47 for a bottle of $7 wine?), and we had lawn tickets so we were pretty far from the stage. But it was still a fun night. 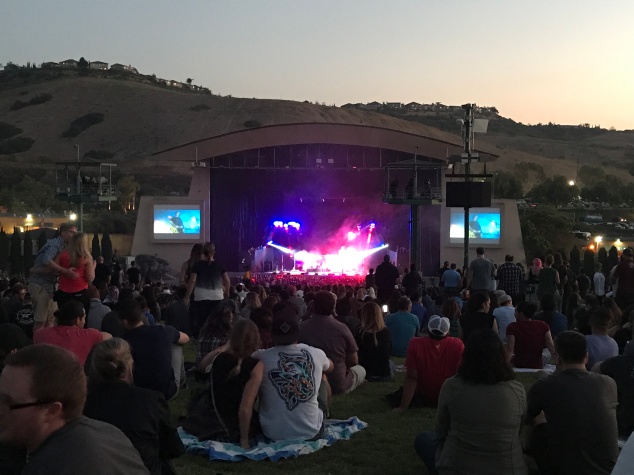 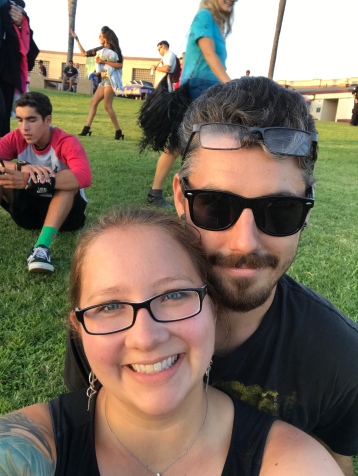 Judah and the Lion, Jimmy Eat World and Incubus played.

We decided, however, that we prefer smaller indoor venues for concerts because the music sounds so much better. We couldn’t beat the price of these tickets though! They were a great deal.

Saturday, we didn’t do a lot. 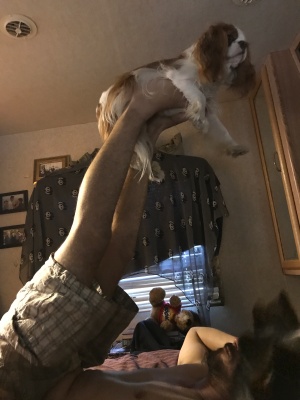 Once Andy got home from work, we hung out with some friends and watched the meteor shower. We saw a couple of really bright ones. Beautiful.

Sunday was beach and shopping day. In the evening, we hung out with the dogs. 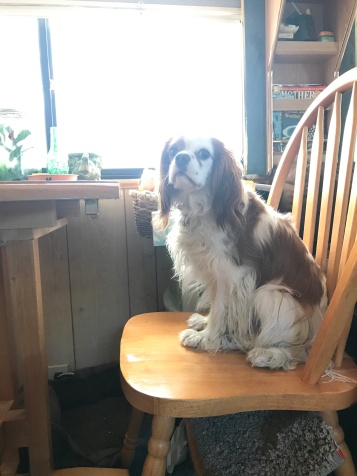 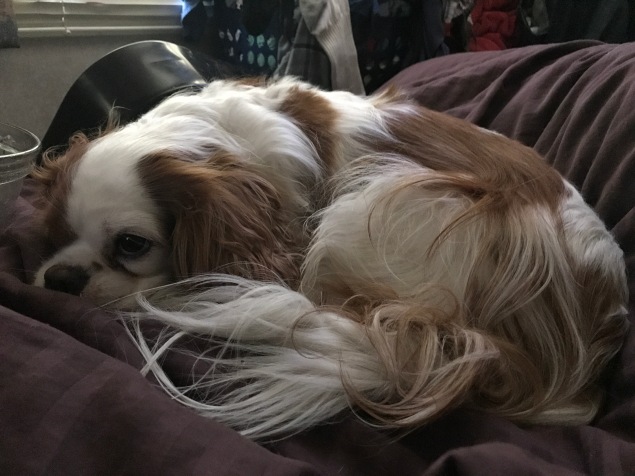 Monday was a big day for us. We started it off with a morning hike. 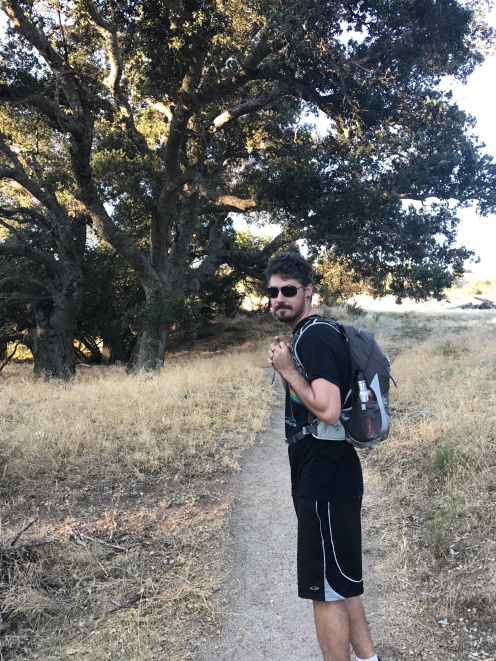 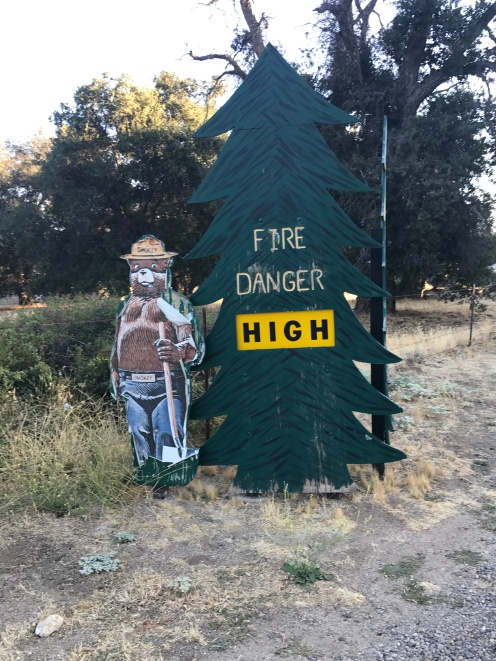 Even though it has been dry, there were many wildflowers blooming. 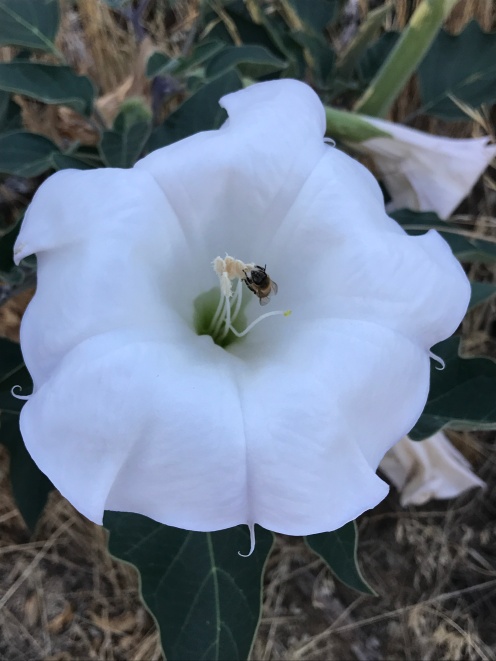 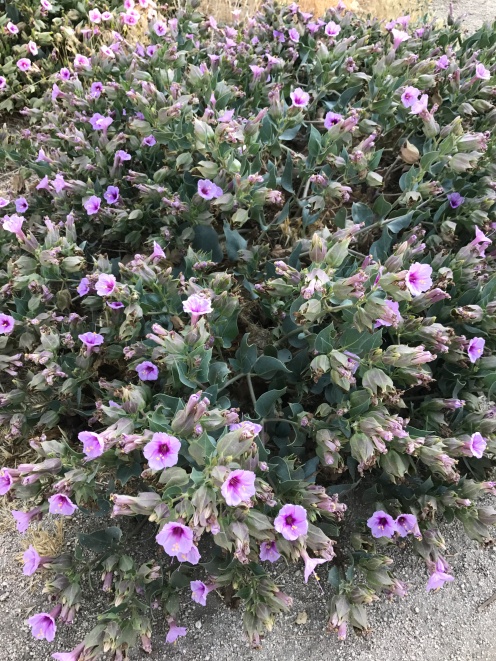 We saw quite a bit of wildlife — hawks, rabbits and an owl. 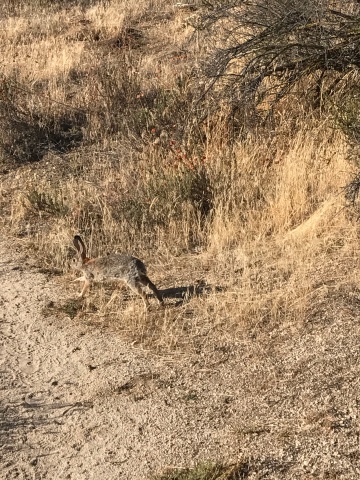 The hike was a long one and we were glad we started early. 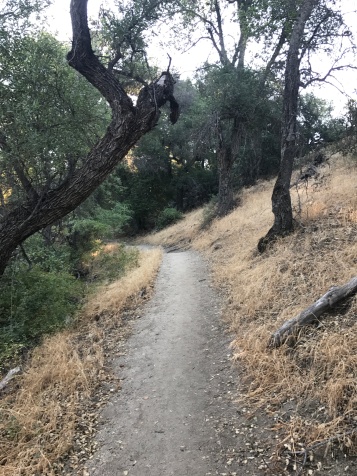 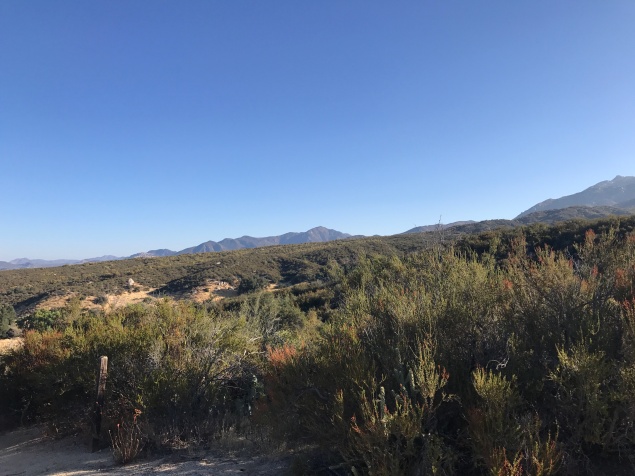 It was a beautiful morning! I don’t want to jinx it but it seems we have a slight break in the heat. I am so happy!!!! 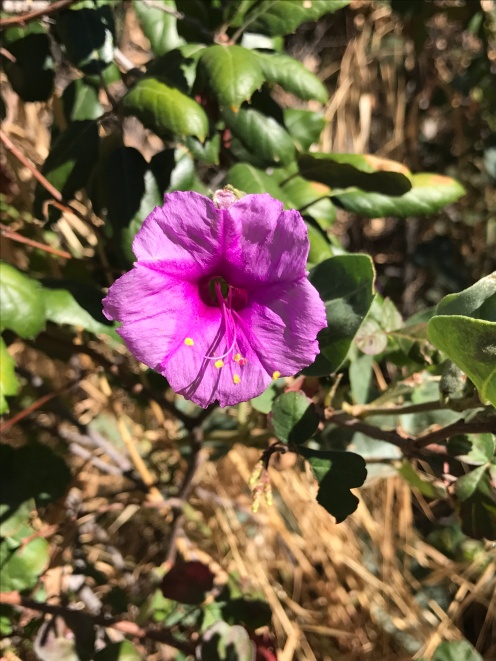 Our hike was along the Pacific Crest Trail (PCT).

And it led us to a place called Eagle Rock.

We were the only ones on the trail, and it was peaceful and beautiful. We decided to have breakfast on the rock. 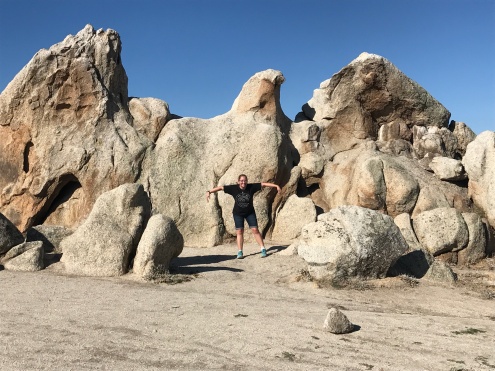 After resting and checking out the views for a while, we decided to head back. 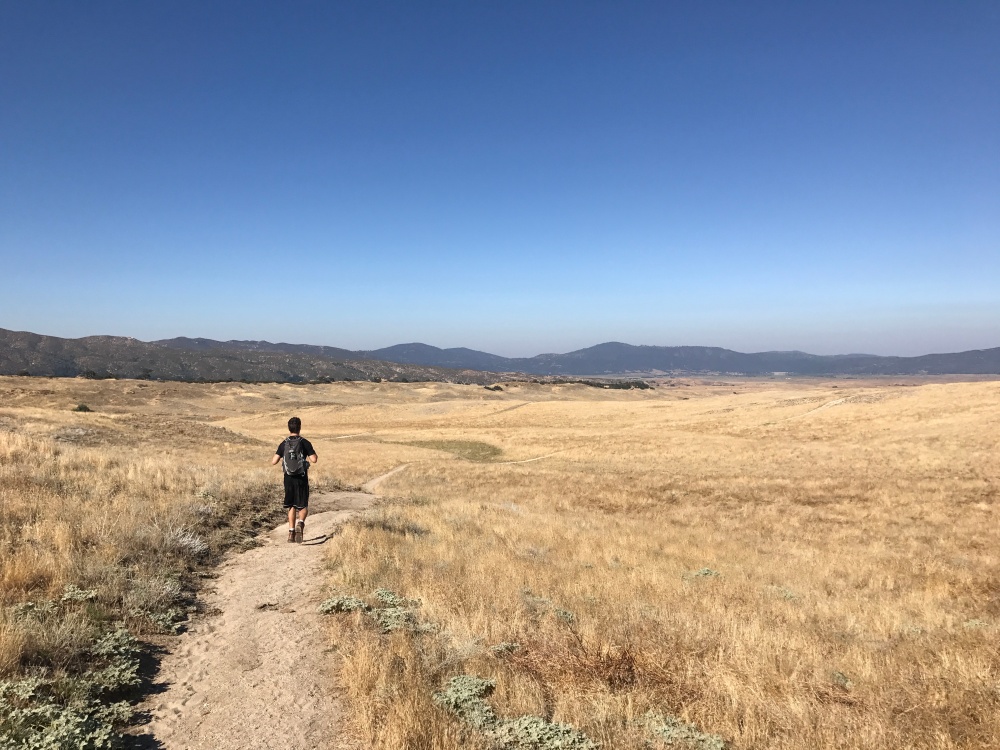 We both really enjoyed the hike, and it made us talk about someday hiking more of the PCT. We also decided that we want to do this hike in the winter, when everything will be green and beautiful.

Afterwards, we headed back home to clean up the yard and get some chores done. Some changes in the park forced us to re-home the chickens, but we found them an excellent home nearby. Thankfully, we can still visit them whenever we want.

While dropping them off, we ended up finding two little dogs running down the street. They were almost hit by several cars so we took them home with us.

Since our morning hike was too long for our dogs (6.5 miles), we decided to treat them to a beach day to make up for leaving them home. 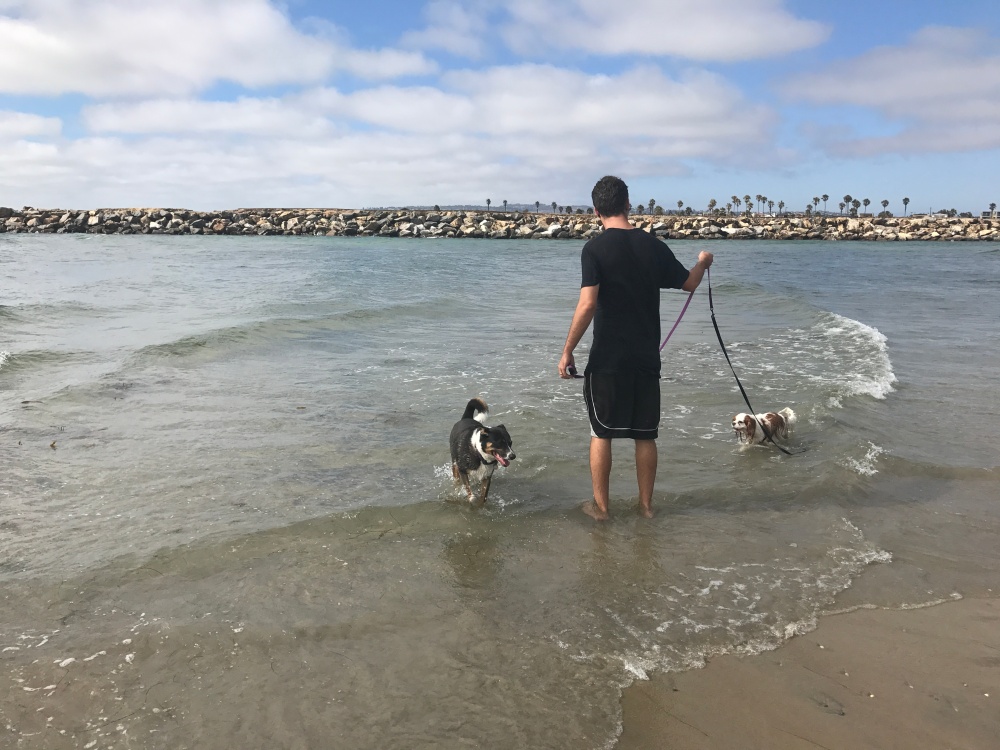 Little Teddy is doing better and better each time we bring him. They both had a blast in the waves and dove right in.

They were exhausted after a day of fun. As hard as he tried, Teddy couldn’t keep his eyes open once we got home.

It was a great week, and we have more big plans for the coming weekend! Stay tuned for updates on our snorkel adventure — crossing our fingers for some leopard shark sightings!