Another interesting weekend for residents of the Wandering Dolphin!

On Saturday morning I participated in a harvest of Cabernet Franc grapes. We gathered over 1,200 pounds of grapes! I am researching the process of winemaking for an article and wanted to start from the ground up. Though it was hard work, it was interesting to learn more about it. 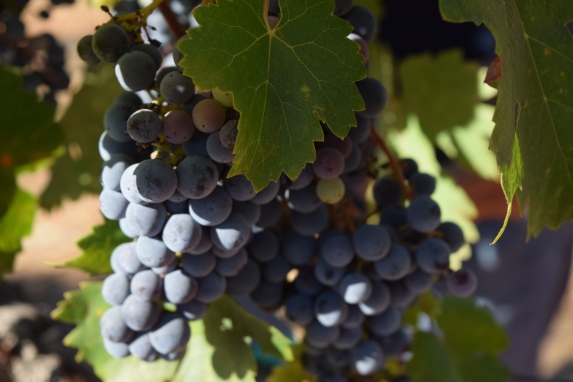 Afterwards, Andy and I went up for the Julian Music Festival. I was excited to see a few of the bands, take some photos, and see what the turnout was like (proceeds from the event benefitted the California Wolf Center).

On Sunday, we went back up to Julian so I could cover the Bluegrass festival. I was surprised by how much I enjoyed the music as I was fairly convinced that it was not going to be my thing. The bands were pretty talented and I ended up enjoying some of the songs.

As we were leaving the festival, we were told there was a fire that had started not too far away. Daringly (or stupidly), we decided to go check it out. I had a good idea of where the fire was and hoped that my plan for a vantage spot would prove successful.

Some say the world will end in fire,

Some say in ice.

From what I’ve tasted of desire

I hold with those who favor fire.

But if I had to perish twice,

I think I know enough of hate

To say that for destruction ice

Though we were on the other side of the valley from the fire, we could watch it cresting over the hill. Trucks, planes, and helicopters were swarming it, trying to make sure it did not spread. Luckily, their quick response contained it at 6 acres. 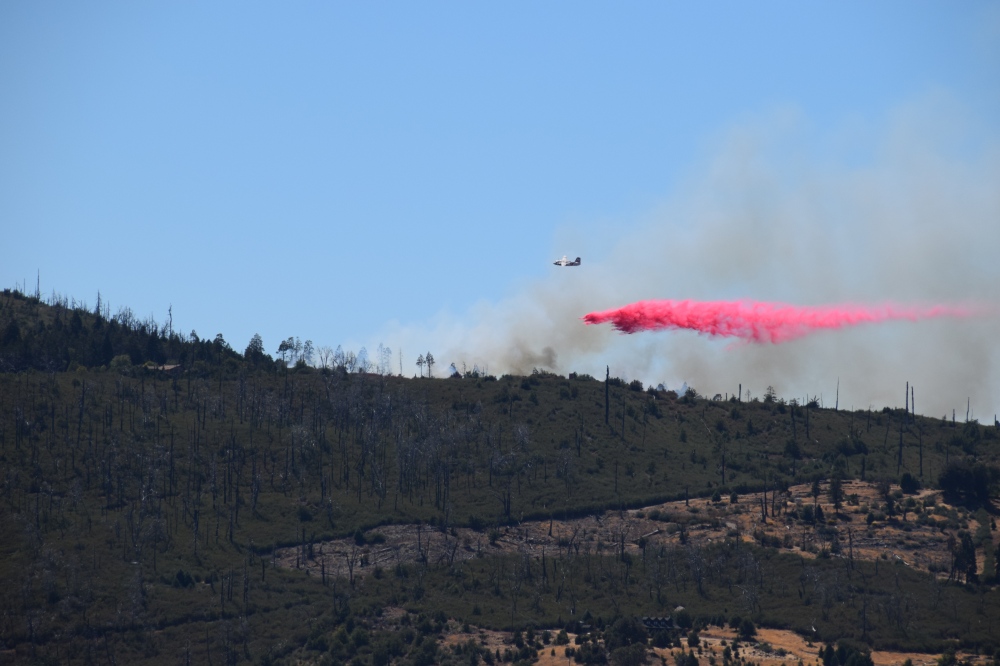 It was a hot day, both in Ramona and up in Julian. We decided to head down to the coast for some much-needed ocean time. We planned on boogie boarding but were so excited to get down there that we forgot our boogie boards and towels at home. This was fine by me since I wanted an excuse to buy a new board anyway. Two of ours are in rough shape and I wanted a smaller board.

We found a good price on a smaller board but the man at the stand told me that it was meant for kids and probably wouldn’t work very well for an adult. Psht. I wanted to try it anyway.

I am glad I went with my gut instead of letting him talk me into another big, expensive board! It works great! Due to its smaller size, I am able to jump on it faster and catch more waves than with my larger board. After the fourth time of riding it all the way up onto the sand, I told Andy that the guy was full of crap and decided to name my new board “Shark Bait Hoo Haha.”

Afterwards, we went stopped at Breakwater Brewing Co. to have some of their delicious raspberry mead – I’ve been missing it. 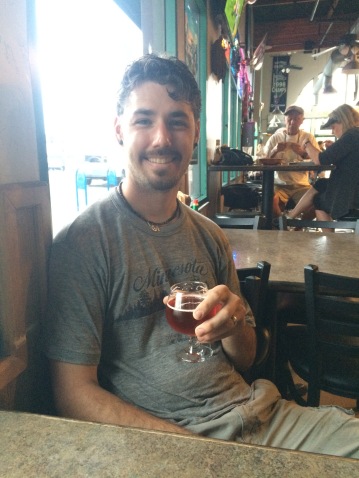 We took our food to go and enjoyed the rest of the night in with a movie in bed.

On Monday we decided to have another ocean day. It was still hot in town (97° by 10am) and we wanted another break from the heat. Normally, we try to go to the ocean once a week but I am not going to complain about going more often!

We tried a new snorkeling spot but it was not very exciting. I swam a few laps around the area just to get more of a workout and then we headed to our normal spot at Mission Point. Today’s adventure was more interesting than the last. The fish were very active and we saw several large schools of different species. The spiny lobsters were also out and we saw at least a dozen of them.

The current was a bit stronger this time and after we saw a very large sea lion pass us by, we decided to leave for another activity.

We headed down to Mission Beach to boogie board for a little while. We have never gone swimming here, even though it is only a minute from our snorkeling spot. The waves were awesome. But the most amazing thing happened while we were in the water, we looked over to one side and playing in the waves with us was a group of dolphins! DOLPHINS!

Now, I have seen them in the wild before but I have never had this experience! The feeling was something I cannot even describe. It brought tears to my eyes. They were jumping out of the water, doing flips in the bigger waves, and looked like they were having a blast. I could hardly take my eyes off of them and cursed my broken underwater camera once again.

I ran to the Jeep to grab my phone but by the time I got back into the water, they had moved further away and my videos did not capture the awesomeness. Here they are anyway.

All I could think about while watching them is that I can never leave the ocean. It just can’t happen. I might miss freshwater but this is just too spectacular.

After swimming, we stopped for a quick bite to eat and headed back home where we FaceTimed with my parents for a bit and played pool for the rest of the evening.

Tuesday morning I heard raindrops of the skylight in the bathroom and my heart soared.  I love the rain and living in the Valley of the Sun has not offered much in the way of rain for some time now. Nothing since May, in fact, and we desperately need it. It is the perfect end to a wonderful weekend.