It is early morning on September 21, far too early for me to be awake, and yet here I am, loading up my parents’ red Dodge Caravan in preparation for a trip to a place that has been on my bucket list for years: Yellowstone National Park.

The idea for the trip blossomed more than a year ago while eating dinner in my parents’ living room. And we decided that the four of us, my dad and sister along with Andy and myself, should take a road trip out West.

Now the time was here, and we’d said farewell to my mom, who was petsitting four dogs and our bird Pica.

We hit the road, knowing we had a long day ahead of us, but with excitement in the air. It felt good to be on the road again, even though it wasn’t in our motorhome. Hours of driving, several rest stops, and many debates about whether North Dakota should take the cake for most-boring-state-to-drive-through later, we arrived at our first destination: Theodore Roosevelt National Park. 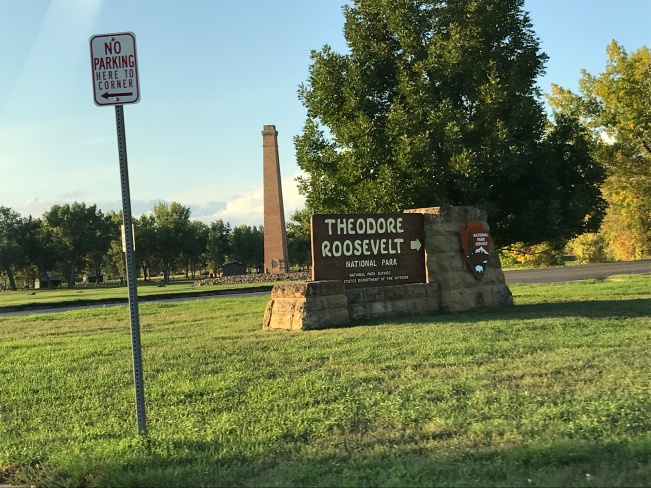 Andy and I had wanted to stop here on our way back from California, but a few different hurdles had prevented it at the time. I was a little sad we weren’t coming here with little Teddy, who is named after the president.

We’d opted to spend time in the north part of the park since Andy had heard from a neighbor that this was the more scenic of the two. 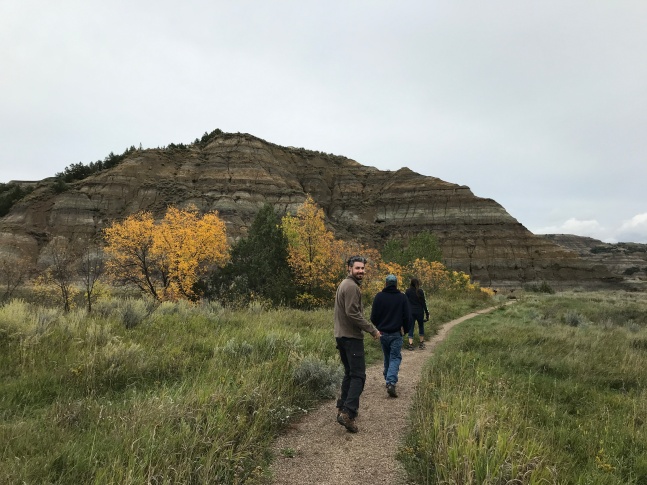 And it was in this beautiful part of the state that we realized North Dakota didn’t take the prize of most boring (Nebraska did) because this was gorgeous.

Park pass in hand, we entered the area. It was here that I saw my first buffalo within a foot of my car window. 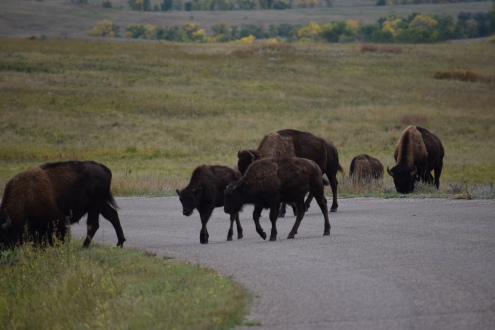 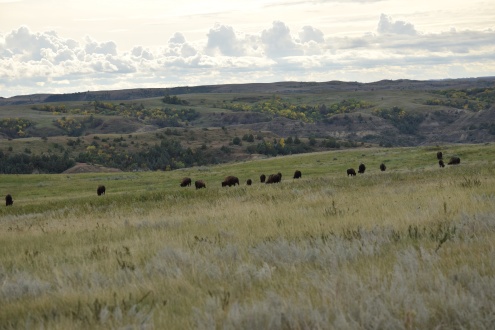 We hiked, watched prairie dogs call to one another from their entry holes — the loud “pew!” call emanating from them in a chain effect across the field as they threw their tiny paws up to their chests.

Eventually, we made our way through a quick tour of the south part of the park before heading to our motel in Medora. We were exhausted but thrilled by our day of animal watching. 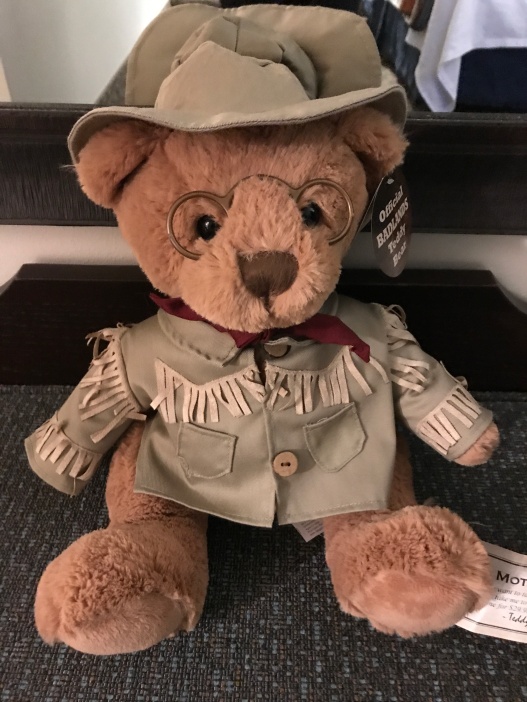 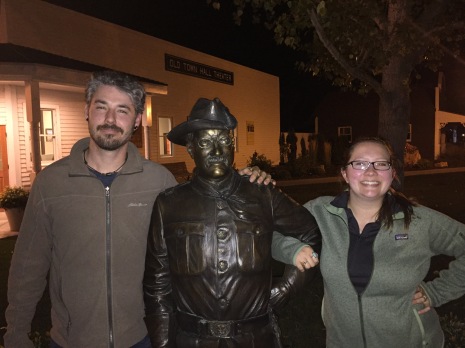 The next day we set out early for our Yellowstone destination, but not before stopping at another place along the way — Little Bighorn Battlefield National Monument.

I love learning about history, but for some reason, I was not excited to stop here when my dad mentioned it. He wanted to go, and I am glad he convinced us because it was very interesting. We walked through the information center and learned more about the battle before going out onto the actual field and seeing where it all happened.

I have a lot of thoughts on this and on the monument for Custer’s soldiers and the monument for the Native Americans, but I feel this is perhaps not the right place to have that discussion. I’ll just say this: it was a more emotional visit than I had anticipated. 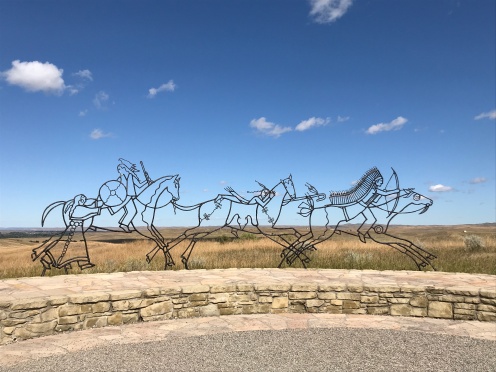 Afterwards, we headed back on the road. We’d been keeping an eye on road conditions, watching closely to see if our intended route would remain open. But it seemed the rain we drove through in North Dakota was snow that fell on Beartooth Pass.

We took a chance that the report hadn’t been updated and our hopes fell when we reached Red Lodge and a sign told us Beartooth was still closed. So, we rerouted and went through Gardiner instead, arriving at the entrance just as the sun was beginning to set. 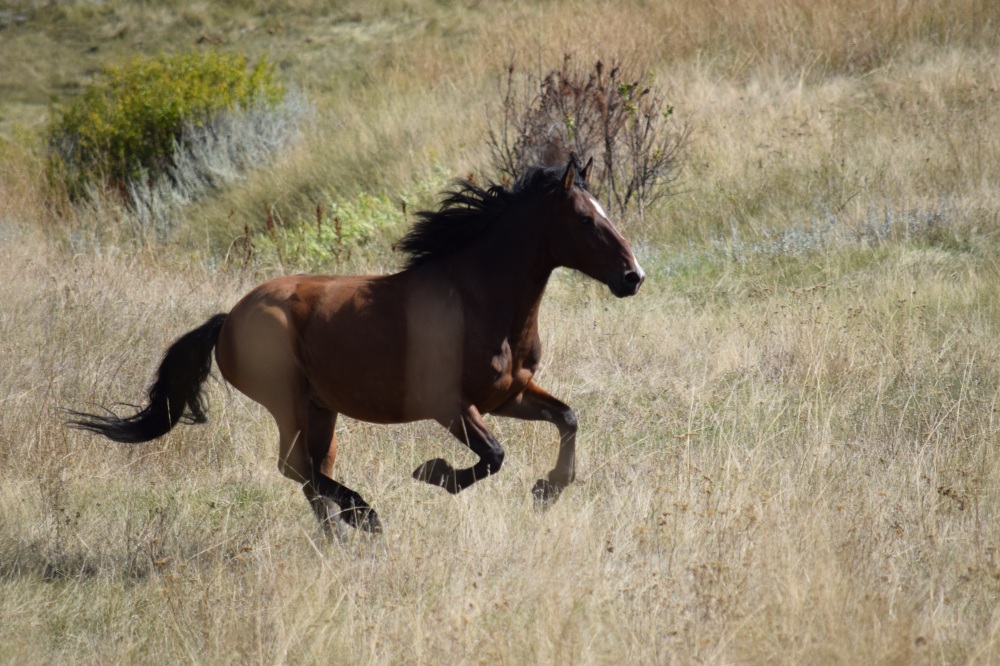