Leaving Idaho, we decided to tackle our longest drive of the journey so far. We typically try to keep days around 300 miles or less, but we were feeling ambitious. So, we went for a long one. After the breathtaking drive through western Montana and a not-as-stunning drive toward our campground, we finally reached our next resting site at Lewis and Clark Caverns State Park.

We pulled into our reserved spot — which online had said “partly shady” — to find out that our site was in full sun, with two tiny trees barely large enough to shade an ant colony alongside the pad.

Though we had electricity, we could feel that the sun may be intense here. We were worried about the RV getting too hot during our stay. While Andy filled our fresh water tank (there were no water hookups at our site), I stopped by the hosts’ fifth-wheel to see if we could trade sites. Just one spot over were two large trees that would at least shade us during early morning and late afternoon. The spot was free for our full three nights, so we were set to switch.

After getting settled in our very un-level site, we set up our house.

We found out quickly that the mosquitoes were THICK here, to the point where we didn’t want to be outside at all. We opened the windows and listened to the birds sing, avoiding the bugs.

Our first full day, we decided to take the cave tour that the park offers. After a three-mile drive up the mountain, we’d reached the entrance.

We were only slightly bummed to find out that the “extreme” cave tours didn’t start until later in June (they give you helmets, headlamps, kneepads, and gloves so you can do some real spelunking).

But we were still excited for our tour.

After a 3/4 mile hike to the cave entrance, tiring but with beautiful views, we’d reached the opening.

And there was a little bat awaiting us.

The tour totaled two hours including our hike to the top, and our guide was pretty entertaining. Filled with laffy taffy-type jokes, he was a hoot to listen to.

I must say, this was probably the coolest cave tour we’ve ever been on. The one in Oklahoma that we took on our way to Cali was neat, but this was outstanding.

Even though it was the “less intense” tour, we still crawled through spaces on our hands and knees and slid down areas on our butts. I’ve never done anything like it before, and it was pretty darn neat.

After our tour, we took a little break at the RV. I worked for a while, and Andy napped. Then we decided to head down the road aways to look for cell service. One of the struggles with working on the road is that most of our campsites do not have cell service, so I am limited to working during driving days or trying to get stuff done offline. This doesn’t always work out well with what I need to get done.

We ended up outside of what looked like an abandoned building but was actually bar and restaurant. After getting settled in at a table and setting up the computer, we got to talking with some of the locals.

There were some very friendly people who chatted us up for a while. (There was also a guy who was talking about a “wolf-bear hybrid” that he was sure a game warden had witnessed — an impossibility.)

But we got our first taste of huckleberry mules. Huckleberries are huge in Montana (I’d already tried a pop/soda), and when we heard a woman who’d worked at the cave order one, we had to try it. Delicious. 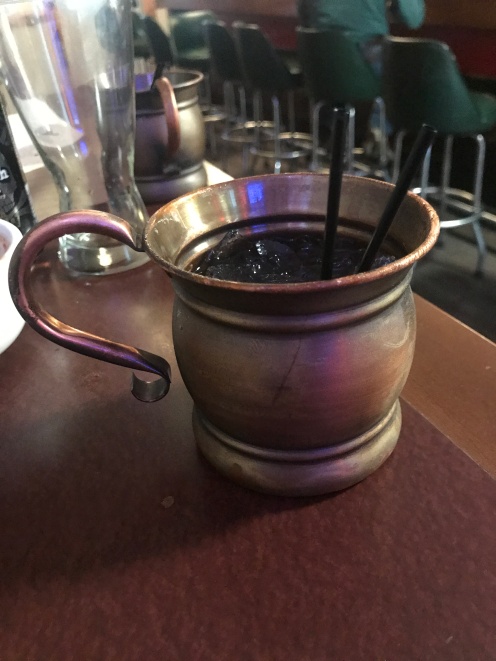 One downside of our site was that the camp showers were pretty disgusting — and they cost more money than we’d ever seen at a campground (50 cents a minute, minimum of 6 minutes). Since we didn’t have water or sewer hookups, we needed to be more water-conscious than normal.

After the amazing showers at our last two campgrounds, we’d gotten a bit spoiled (we showered every single day in the showers at Farragut — they were awesome). But this wasn’t something we couldn’t manage. We just limited the amount of time spent in our own shower so we wouldn’t fill up our gray water tank or run out of fresh water before we were due to leave.

The only hiccup we ran into was when Piper had a little bathroom mishap in the middle of the night. Without enough water pressure to properly clean her bed, we were forced to rinse it as best we could without using all of our water and set everything in the shower until we could make it to our next campsite.

We got quite a bit of rain our last two nights — it was peaceful, if only a little unexpected. But the clouds coming over the mountains were mesmerizing.

And we all had some nice downtime. 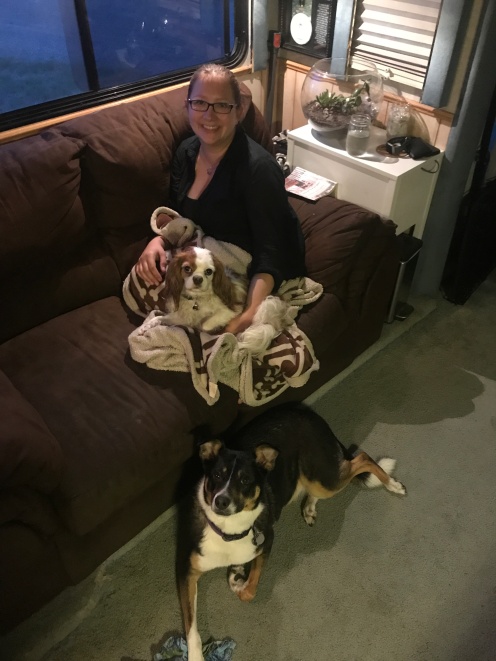 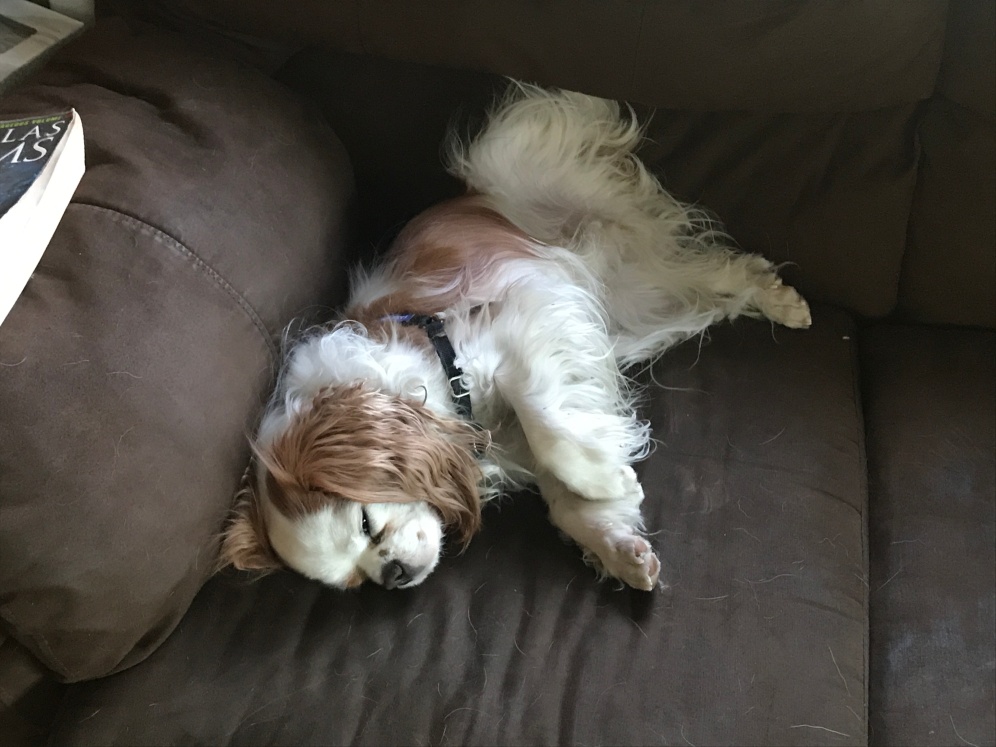 We packed up in the rain on our last morning, carefully getting onto the highway as it began to pour.

Our next campsite was a little mom-and-pop place outside of Forsyth, MT. Though we’d technically made reservations, it was the type of place that wasn’t equipped to take payment ahead of time. The woman said over the phone to pay with cash or check when we got there and to “please call if we decide to cancel.” I thought that was pretty sweet.

The place is…not the worst we’ve stayed at. It is definitely a better price than most. We have full hookups (water, sewer, and electric) plus WiFi. And it is better than the parking lot of a KOA we’d stayed at outside of Monterey.

But it is basically a field with gravel spots.

That’s fine with us — it still has trees! We did notice that we have the nicest RV in the place, something we aren’t used to since ours is a ’97. But it has been a comfortable place to stay.

The townsfolk are very friendly. We made a trip to the grocery store yesterday and took a walk into town today. There’s not much to do around here, and we both needed to get out and move a bit. So, we harnessed up the dogs and took them to Dairy Queen for a kids’ cone.

Then, we decided to continue further and walk around the historic part of town. Many of the buildings are on the national historic registry.

Our walk provided a little entertainment and a little exercise. Plus I got to visit with some absolutely gorgeous horses.

But soon we decided to head back to plan out the next leg of our journey. We’re getting close to Minnesota now! Heading into North Dakota next.