Everything was done for the day — the workweek was over, the house was clean, it was our day off at the park. We’d had a long week, both physically and emotionally. It was too late in the day to do much, and we didn’t have any money to go out.

So, we decided to take a drive.

We loaded the dogs in the car, along with some water and kombucha, and headed toward Julian. Andy had an idea: watch the sunset from a higher elevation.

The drive to Julian is one of my favorites — the twisting, turning roads and beautiful scenery relax me. Unfortunately, Andy was driving. So, while I was enjoying being able to look at the beauty around me, I was also battling carsickness.

We stopped a couple of times, just to check out the views. Then we just kept going. We went through the town of Julian, past the Wolf Center, and onto a road I had never been on before called Sunrise Highway.

To the east, the sky was a combination of purple, pink, blue, and some colors I have never seen in the sky before.

To the west, the sky was almost a mango or tangerine color. It was phenomenal.

We stopped at a lookout spot that had a deck overlooking the cliffs and surrounding foothills — and down to a portion of the Pacific Crest Trail below us.

The views were amazing.

It made everything we had been dealing with feel that much smaller, that much more insignificant. Taking the time to spend with the dogs and each other, without a destination or goal other than to watch the setting sun was just what we needed.

Monday, we went down to Oceanside to have lunch with Andy’s aunt Kris for a belated birthday meal. It was a beautiful day, and the harbor was just gorgeous.

After dropping her back off at her house, we took a quick dip in the water to reacquaint ourselves with the ocean. The waves were fast and furious, though not overly large.

Our week has been a busy one, filled with many different things that needed to get done. Andy took both the car and Jeep into his shop to make a list of what needs to be fixed on them. Now the discussion is about what is worth fixing on the car since we will eventually sell it. Luckily, the work on the Jeep is minimal and easy for Andy to do. We put in an order for the parts we decided to take care of now, and we will figure out the other stuff on the car at a later point.

Since we have been so busy, the cats have been cooped up a bit more. I want to get them some new climbing and scratching toys, but for now we settled with some cat grass. They love it.

As many have heard, there is a Hepatitis A outbreak in San Diego. This is spread through contact with infected feces. Gross, I know.

Since we work in a park (and clean public bathrooms), we were offered the vaccination combo free of charge to keep us protected. Anyone who knows me well, knows how much I hate needles. No, not just hate them — I am terrified of them.

When I was going to college, they recommended the meningitis vaccine for anyone living in the dorms. I was so terrified at the doctor’s office that when I went to get it, I tried to run away. Andy sat on me and held my arm out so that the nurse could complete the shot. True story.

Aside from protecting myself from potentially getting this disease, my motivation in actually going through with it was that I want to do more traveling in the future. And most of the places that I want to travel to are rated “moderate to high” on the scale of Hepatitis A contamination.

So, we went to get our first dose.

I won’t tell you how terrified I was, or how I ended up getting through it. But, we made it through. 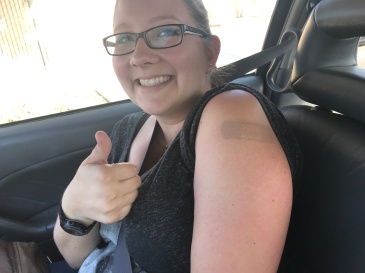 Andy doesn’t like shots either but his fear is to a much lesser degree than mine. Since the worst of it was over for me, I held his had to get him through his shot. I have to say, the nurse did a pretty amazing job and the needle didn’t really hurt much. Putting the liquid in was painful, and it felt like a punch to the arm soon after.

But once we get the booster, it will last 20 years and we will be more protected in future travels!

I am terrified of needles — syringes specifically — but since we were already filling our day with pain, I decided to get one of my tattoos touched up just to seal the day. It was a quick process and I am happy it is taken care of!

I now know why my other artist did not recommend a tattoo on the inside of my arm — it feels like a razor blade slicing through my skin when getting tattooed there. By far the most painful tattoo I have ever gotten (including my half-sleeve)!

We celebrated our successfully painful day by grabbing a beer at a nearby brewery and hitting up In-n-Out on the way home. All in all, it was a productive but exhausting day. I definitely fell asleep by 9:30 that night! 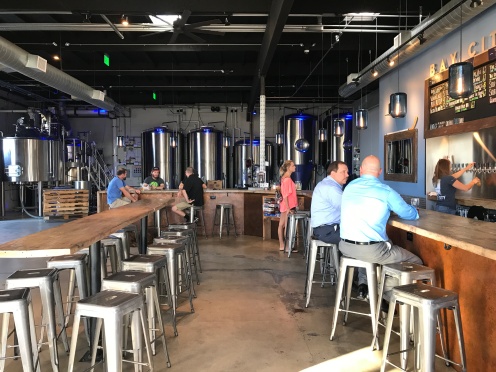 I can’t quite remember if I shared these, but a couple of my poems that were written about paintings at a local gallery were posted next to the paintings themselves. I was reminded of them from a recent visit we took there. Kinda cool to see them on the wall. 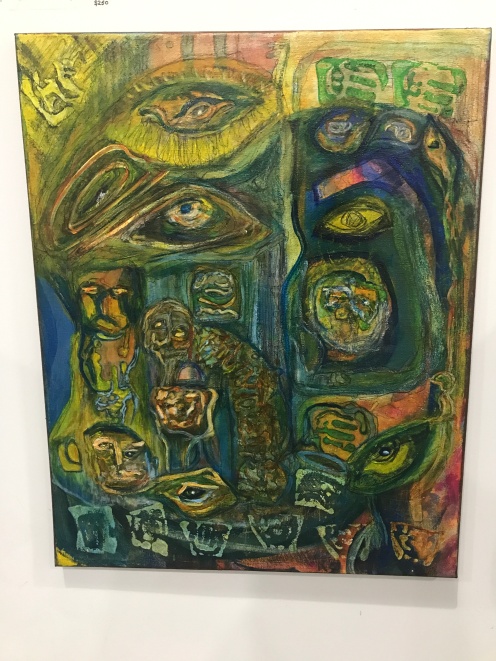 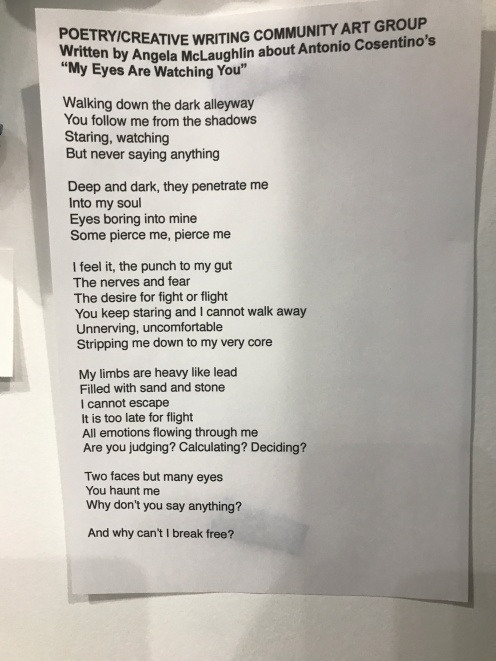 The weekend is coming and a couple of days are full of more things for the Wandering Dolphin crew. Hoping to decorate for Halloween this weekend. The garden club decorated one of the little fairy houses in our park and it looks great! (Check out the little headstones.) 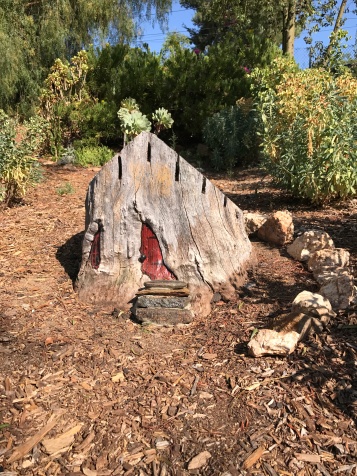 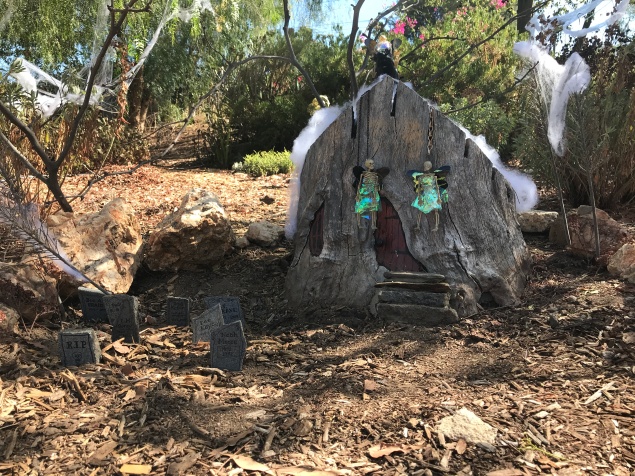 A guy across the street from the park went all out on his decorations. If only we had the space to compete with him…

Looking forward to our next (hopefully needle-free) adventure!