With Day One on the island being so amazing (our awesome sea turtle sightings), we were pretty sure that the rest of the trip was going to follow suit.

On our first full day on Maui we decided to explore some of the recommended snorkeling beaches. I came prepared with a printed map of the island, listing the best spots. We picked a couple, packed a lunch and beach stuff, and set out to explore.

Our first spot was Honolua Bay.

After finally finding a parking spot, we hiked a short trail in the jungle (beautiful!) to the rocky beach. 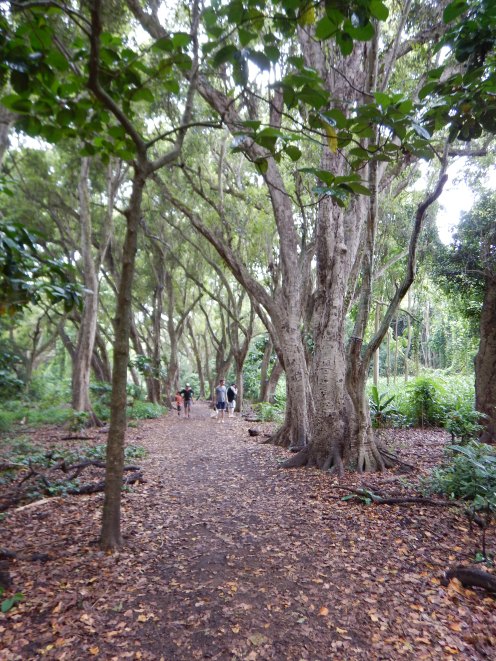 From the looks of it, this was not where we would be having lunch but according to the advice on my map, the diversity of marine life in this bay “is second to none.” So we had to give it a go!

The sky was a bit cloudy while we were there but we still had some great sightings.

For our next stop, we tried to go to Kapalua Bay but could not find parking. We decided to venture to Ka’anapali Beach/Black Rock beach which has been rated as “one of the top beaches in the world.”

We went around the left side of the bay first, and the snorkeling was pretty awesome. But venturing towards the Black Rock side proved to be even more amazing.

The diversity of marine life was awesome.

I got a little up close and personal with a sea turtle who was not at all scared of me (the shaking camera is me trying to get the heck out of his way quickly).

We hung out on the beach for a while.

And eventually went back to our rooms to change and shower. Having access to a large shower and hot water on-demand was quite luxurious!

Later that night we went out to Maui Brewing Co. to try some beer and eat dinner. 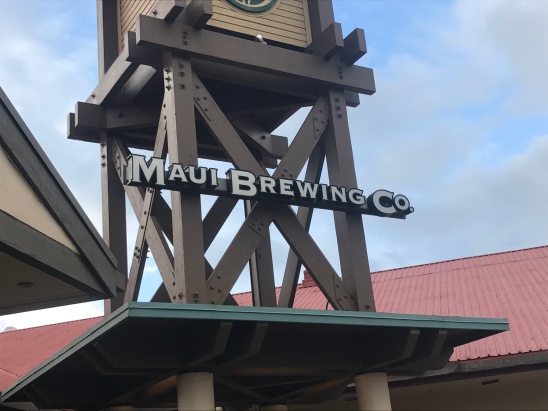 We were so impressed with the place that we ended up coming back here two more nights during our vacation! They had a delicious coconut porter and brown ale, not to mention their awesome food.

That night, Anita and her brother Robbie landed on the island. It was late but we still had fun catching up with them for a bit.

The next day, May 9th, was the big day. My birthday. It didn’t feel real.

We decided to take a snorkeling tour to Molokini Crater; we left from Maalaea Harbor. It was a beautiful boat ride out to the crater, and they served us breakfast on the boat.

Molokini Crater is a sunken volcanic cinder cone off the coast of Maui, and is part of a marine life sanctuary. 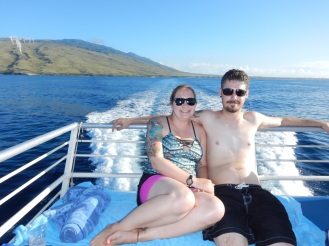 Molokini is said to have the clearest water in all of Hawaii, and they weren’t kidding!

We rented wetsuit tops because the water was a little cooler out there. The visibility was the best I have ever seen! 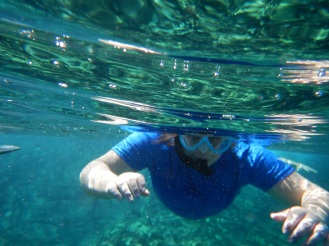 After snorkeling here for a while, they boat took us to another spot on our way back to the harbor. Serving both a delicious lunch and drinks topped off the adventure!

When we got back to shore, we decided to check out the Maui Ocean Center (the aquarium). It seems silly to go to an aquarium after practically swimming in one but we saw some pretty cool fish and their plaques were very informational. I was impressed! 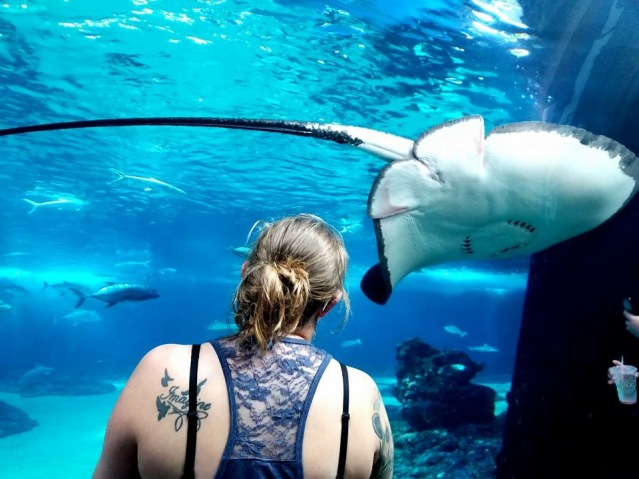 Since we hadn’t seen any sea turtles on our outing (other than at the aquarium) we decided to take a quick dip in the water in front of our complex for a visit. My goal was to see as many as I could on our trip and my birthday was no exception! We made it a very quick trip because the waves were HUGE and it was rough-going. After almost slamming into a couple of turtles and rocks, we decided to get out of the water.

Afterwards, we showered, rested, and got ready for dinner. We went to a nice Italian restaurant where we ate some delicious food and then called it a night!