It has been quite some time since I have been able to write (at least for the blog) but once you hear what we’ve been up to, you’ll understand why!

After Earth Day, we started getting ready for our next adventure: Hawai’i.

I have been planning my 30th birthday for quite some time, dancing between many different ideas of what I wanted to do.

I not only wanted to celebrate my 20s but also help me bear the anxiety of leaving them, while doing something exciting.

My 20s were awesome.

I bought a house, got married, graduated college, sold a house, went on the road, became a published writer, among so many other awesome experiences. Alongside the fantastic person I share my life with (Andy), I traveled to some pretty amazing places: Aruba, Antigua, Belize, the Bahamas, and many places around the U.S.

In my 20s, I made some amazing friends and celebrated life with them whenever I could. I learned what real friendship is, and how much it matters.

My 20s brought significant happiness and sadness – experiences that shaped me as a person.

So with all of this, I wanted to celebrate the end of this section of my life as I transferred into the next.

After much deliberation, Andy and I decided to spend our birthdays in Hawaii. There were some other ideas thrown about but this is what we decided to stick with – partially because we are not extremely far away, being in SoCal, and partly because I wanted to go snorkeling there again.

Four years ago, we went to visit our good friend Alex while he was stationed on Oahu. The snorkeling was out of this world and I wanted to experience something like that again. Only, I knew I didn’t want to go back to Oahu.

I started researching the best snorkeling in Hawaii and found out that Maui made the top of the list. Since snorkeling was my goal, we decided to go there.

Step one: find out if the park would let us go

Step two: figure out who would watch the animals

Step three: save the money

We spent the past year saving money to make this happen and planning the trip. We hoped and dreamed that some of our friends would decide to join us there to celebrate and join in on a great adventure.

We figured out how to make it happen.

Before we flew out, my sister flew in from Minnesota. Since she has watched our animals many times in the past, I felt most comfortable leaving them in her care while we went on our adventure. The biggest concern was getting her comfortable living in the RV.

She flew in a few days before we left and in between showing her the ropes, we had a little fun of our own.

Her first night in, we celebrated by getting pedicures together. The next day, we enjoyed a beautiful day at the beach and she got to see a little of what life in Cali is all about – and why we love it. 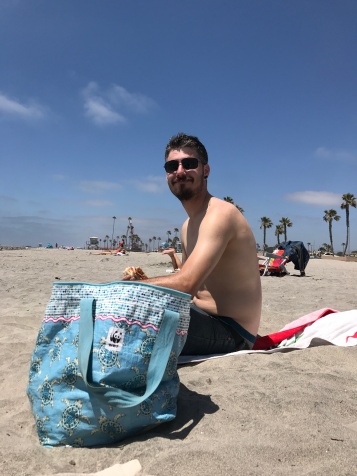 We went to the Safari Park and had a fun day watching some animals. 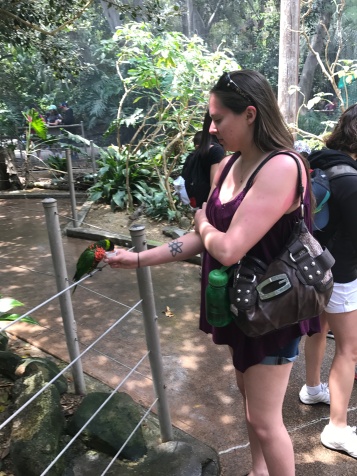 And we hung out around the RV, showing her around town and introducing her to people that she could hang out with or call on for help while we were gone.

May 7th: The Big Day. I had to say goodbye to the pets and trust that everything would be OK. I would be over 2,000 miles away, across the ocean.

The flight went well – we even got free Mai Tais!

Our friends Ali and Jared, who had flown in from Minnesota, picked us up from the airport. We got into Maui pretty early, too early to check in at our condos, so we explored and enjoyed the sun and reunion.

Afterwards, we headed to our condos to see if they were ready.

Andy and I have never done a vacation rental like this one but it was a better deal for us to rent a condo than a hotel room – plus we would be able to make some of our own meals!

The condo was better than I had expected and I was so happy that Andy had pushed me to get one with an ocean view. I originally did not want to spend the extra money but it was completely worth it. It was located in Honokowai, just outside of Lahaina.

Traveling with four other people, we decided to get three separate condos. The video below is of ours:

When Ali and Jared went to check into their condo, we decided to venture into the water in front of our complex. The stone stairway in was a little tricky with the waves but it was worth it! We saw sea turtles on our first night in, six of them to be exact! 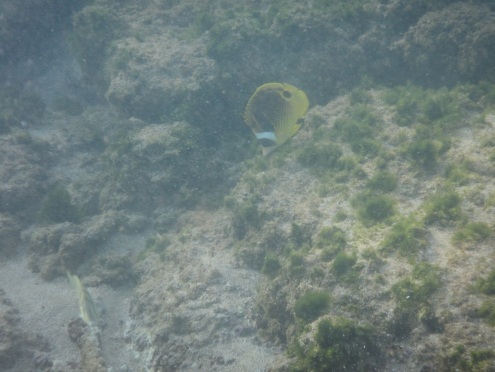 We swam down towards the small beach in front of Ali and Jared’s place to find a sea turtle on the beach. 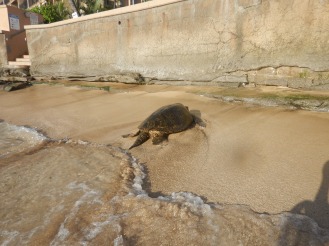 It was an awesome first night and certainly brought tears to my eyes. I was so excited about the turtles that I had to call my mom as soon as we got inside; I just happened to forget that there was a 5 hour time difference between Hawaii and Minnesota. Oops!

Stay tuned for more about our adventure.