Today was both exciting and disappointing.

Let me provide some backstory first…

When Andy and I first landed in Ramona, we obviously did not know anyone. After going out to one of the local bars a few times, we were introduced to some people on different pool leagues. Andy and I have always played pool for fun over the years but never seriously.

Andy decided to join a league.

We met some cool people, got to know each other more, and decided we wanted to form our own team when the next season started. We also decided to join a different league so we joined APA and formed a 9-ball team.

Our captain was Tanner, with Andy as co-captain. Together, they found a mash-up of people to form our team “The Chalking Dead.”

We have pool to thank for 95.6% (or something like that) of the people we have met in Ramona. And it has taken over a good chunk of our free time — but it is something we both enjoy.

We play league one night a week but we practice many others. On any given night, our friends from home may call us and ask what we are doing only to hear the answer “playing some pool.” I’m sure they don’t even feel the need to ask anymore!

We practice at different bars around town.

In our yard, rain or shine.

Tanner and Andy (mostly Tanner) even worked to organize an 8-ball tournament at a place in town.

And not only has it become a fun hobby, but it has paid off as well. Last season, we won playoffs in Ramona which sent us to qualifiers to be able to play cities, and then play in  Vegas.

As a first time team, we are very proud of the fact that we made it to playoffs — and won. Our team won a good chunk of money. Even better than that, we got plaques! 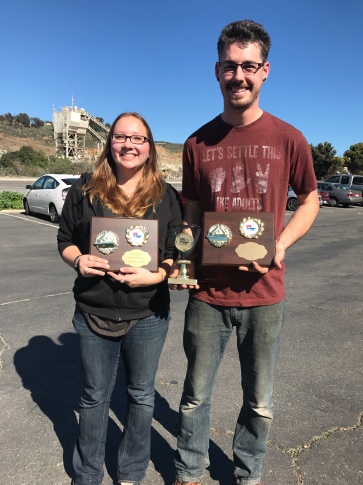 Today was a big day. Today we played qualifiers. 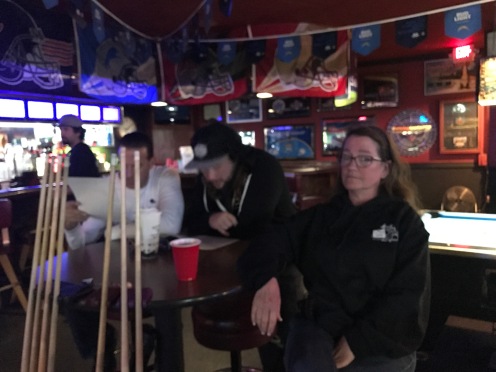 We showed up early to practice and get some liquid courage.

We played well, and I am proud of our team.

We played well, but we did not play well enough to qualify.

Still, I think we learned a lot (I know I sure did) and I think we had a lot of fun. We are already a few games into our second season and I can feel that this one is going to be the one! We are going to make it to Vegas. But in the meantime, we will just work on getting better, having a blast, and hanging out with some cool people — because that’s what it’s really all about! 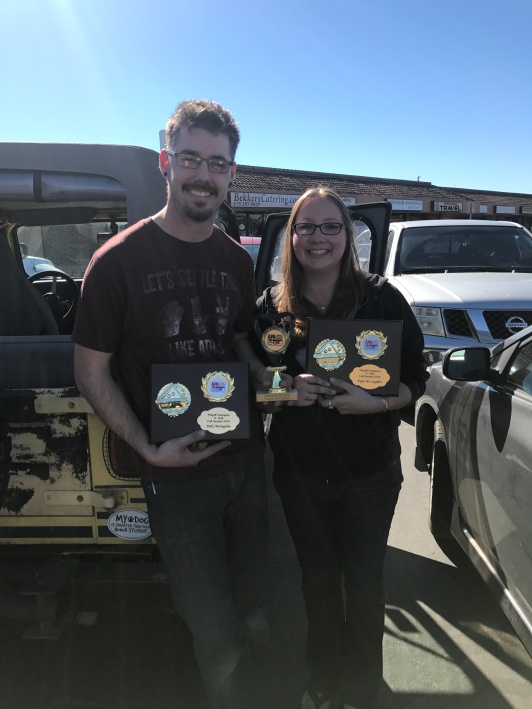