On Tuesday, Andy and I met up outside my work and walked home to have lunch together. Walking up to the RV, I noticed a wet spot on the ground beneath the hot water heater. I pointed it out to Andy, a little concerned. We hadn’t run the hot water heater that morning so I couldn’t imagine why there would be any water there (when we turn it on, the pressure builds up and it tends to leaks slightly). This was no small leak.

Andy went inside and we found out that two of our water line connections were leaking just under the fridge. Crap.

He called his work and said he needed to take care of this leak, but he would be back.

He would not be back. 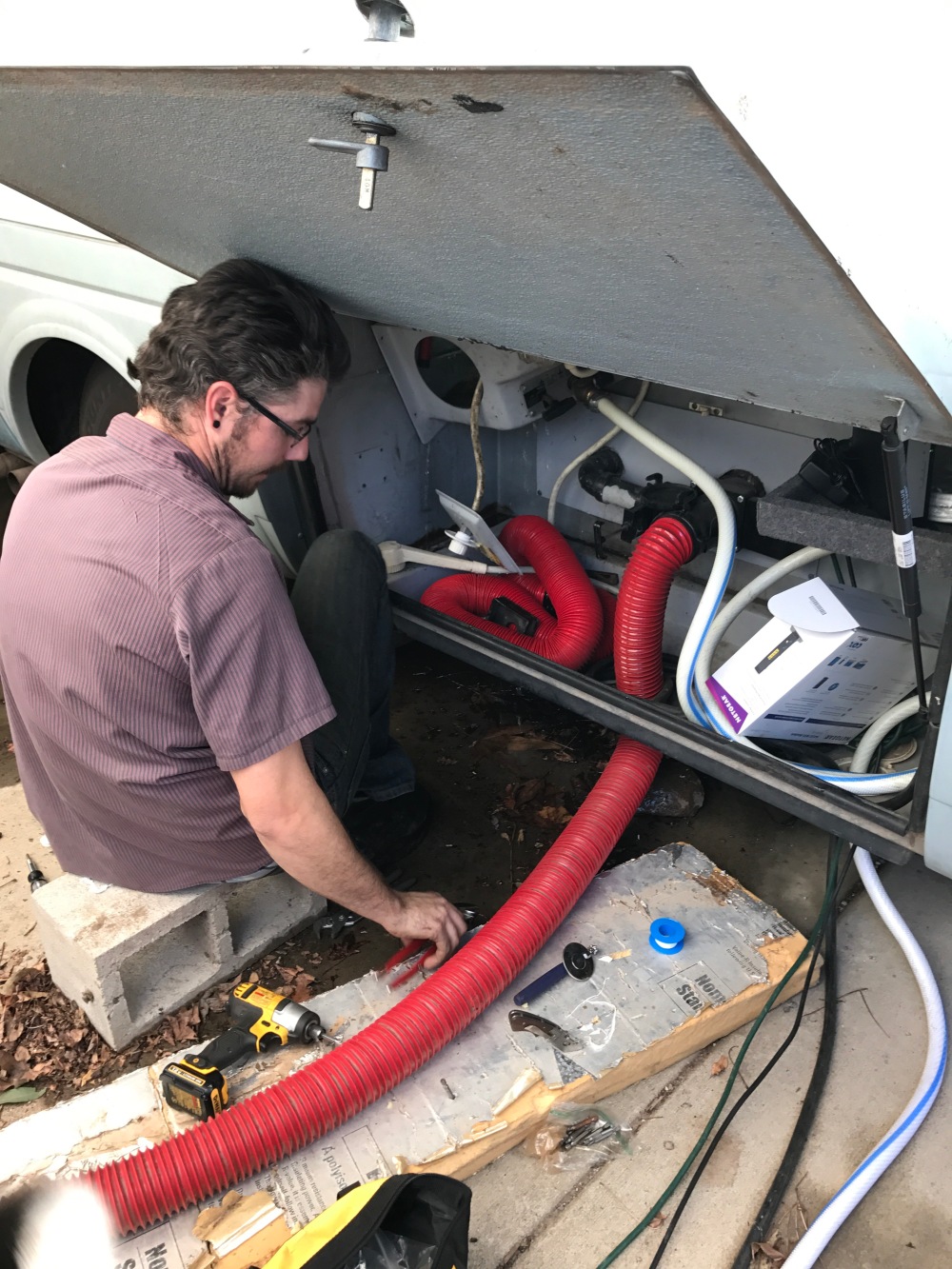 We found out that every single connection in our entire system was leaking. Every single one!

I thought downsizing would also downsize our problems. This is the kind of thing I hated about owning a home. But our RV is just a different type of home, with its own set of issues.

After some research, we found out that Ramona tends to have water pressure issues and an increase in pressure is likely what caused this.

We also found out that our water pressure regulator was completely shot. 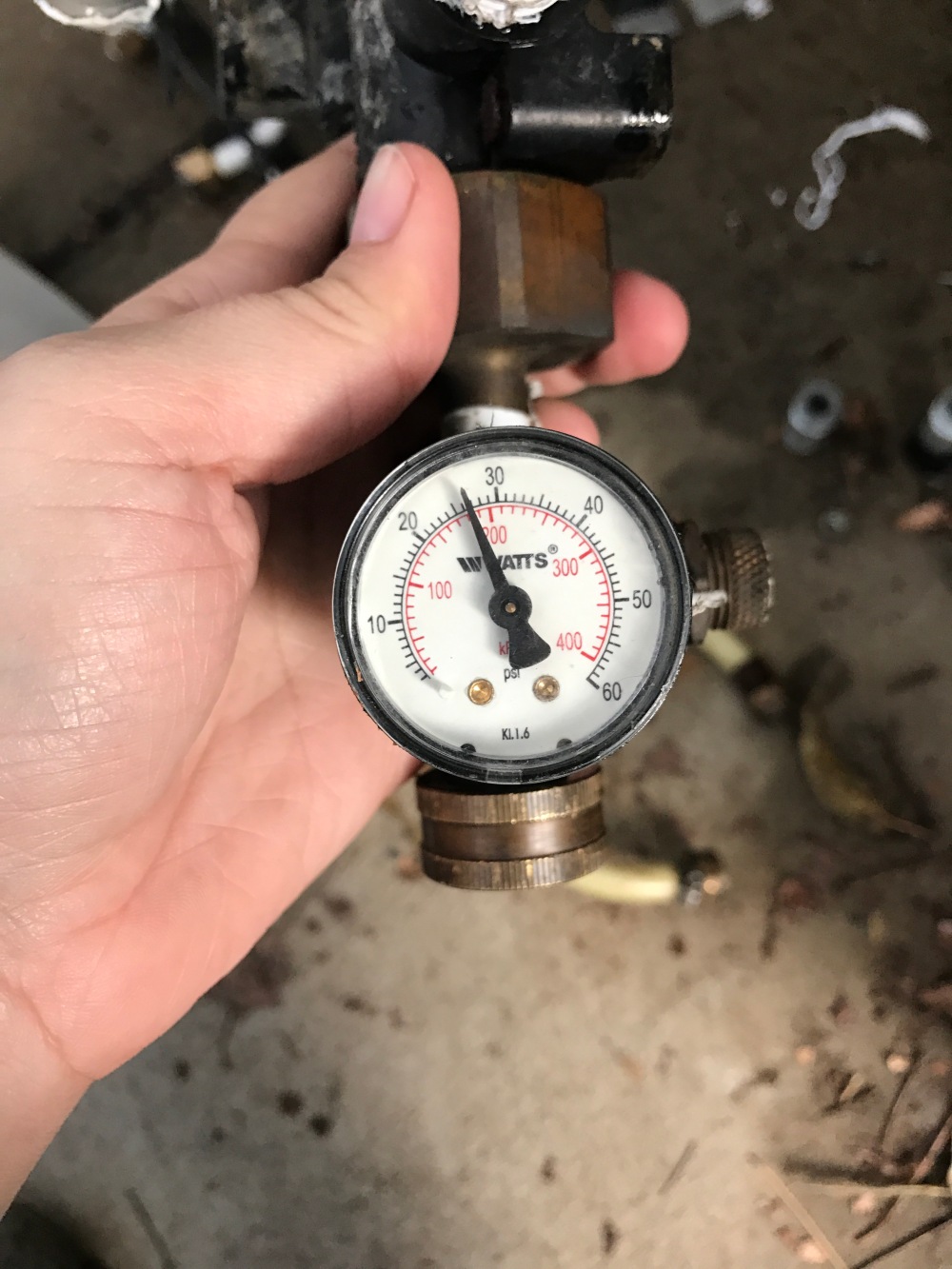 It still showed pressure even after being disconnected from the system!

Andy spend the rest of Tuesday chasing leaks in the system. He would fix a handful of them and then a few more would pop up.

We went to the hardware store so many times that we ended up buying out their stock completely of certain parts. 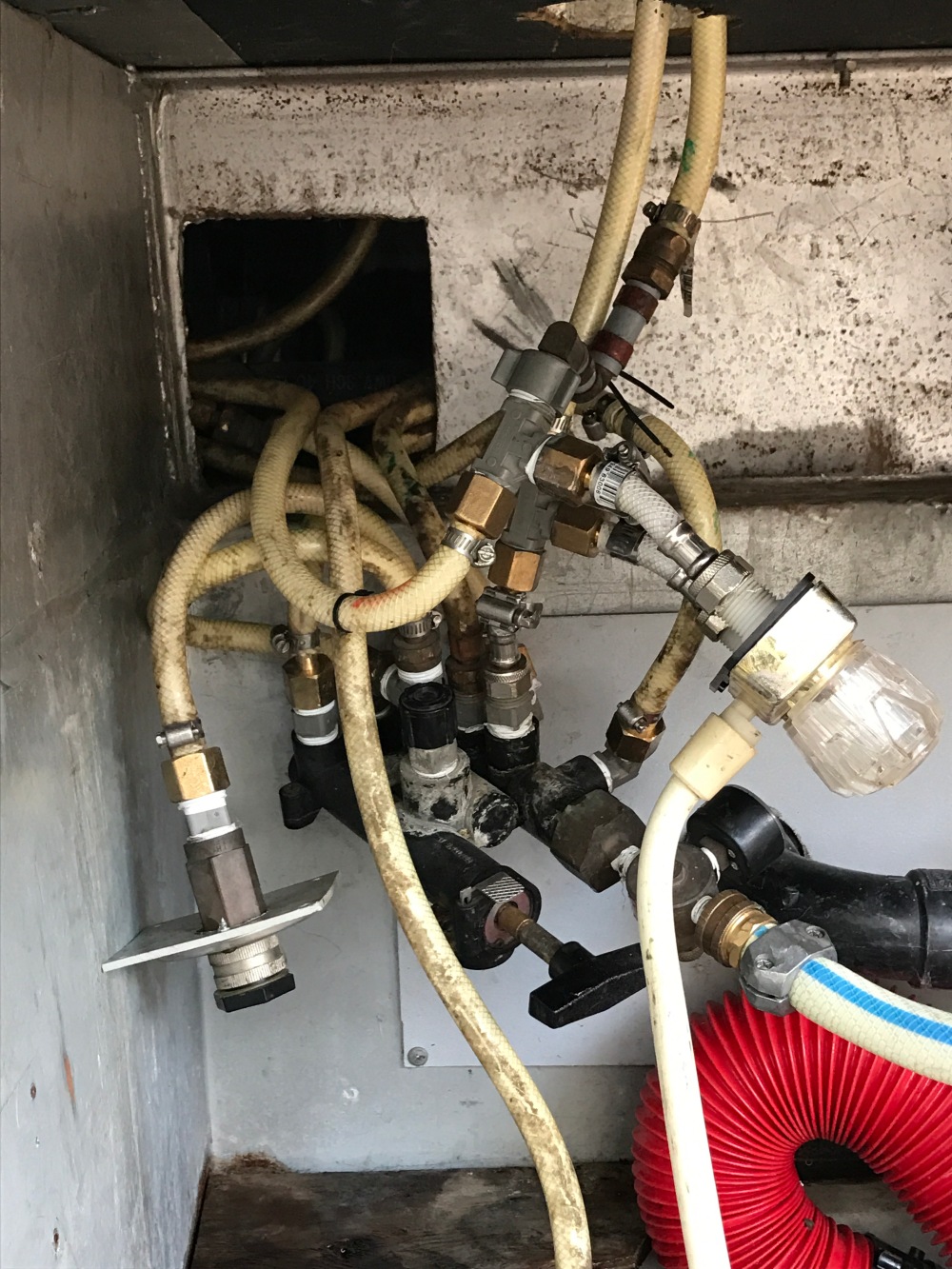 Andy was dealing with a complete mess of tubing. Most of it did not make sense. Tuesday night, he told me he wanted to rip it all out and just redo it so that it was new, made sense, and was ready to go.

I told him to sleep on it. I knew he could do it, he replumbed our entire house after all, but I didn’t want him to do it unless it was truly the best choice.

Since we were still actively leaking, we turned the water off for the night. We used buckets and jugs of water to flush the toilet and wash our hands. It reminded me of camping. 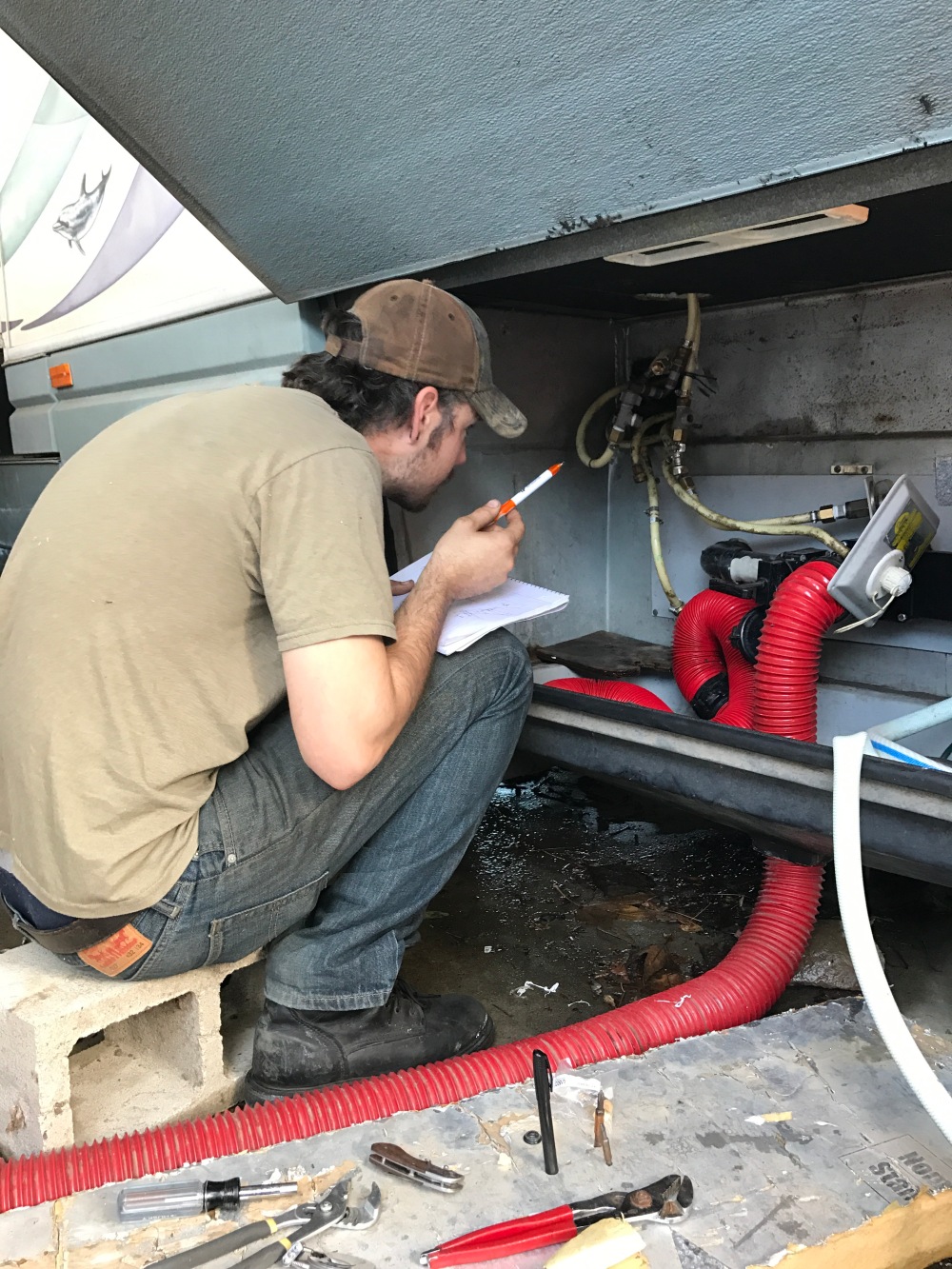 The next morning, he formulated his plan. He decided not to replace it all but instead to fix the parts that did not make sense.

I helped him follow the lines and label what was what. And he made a list of what we needed to be able to make it all happen.

By early afternoon on Wednesday, we were back in business! 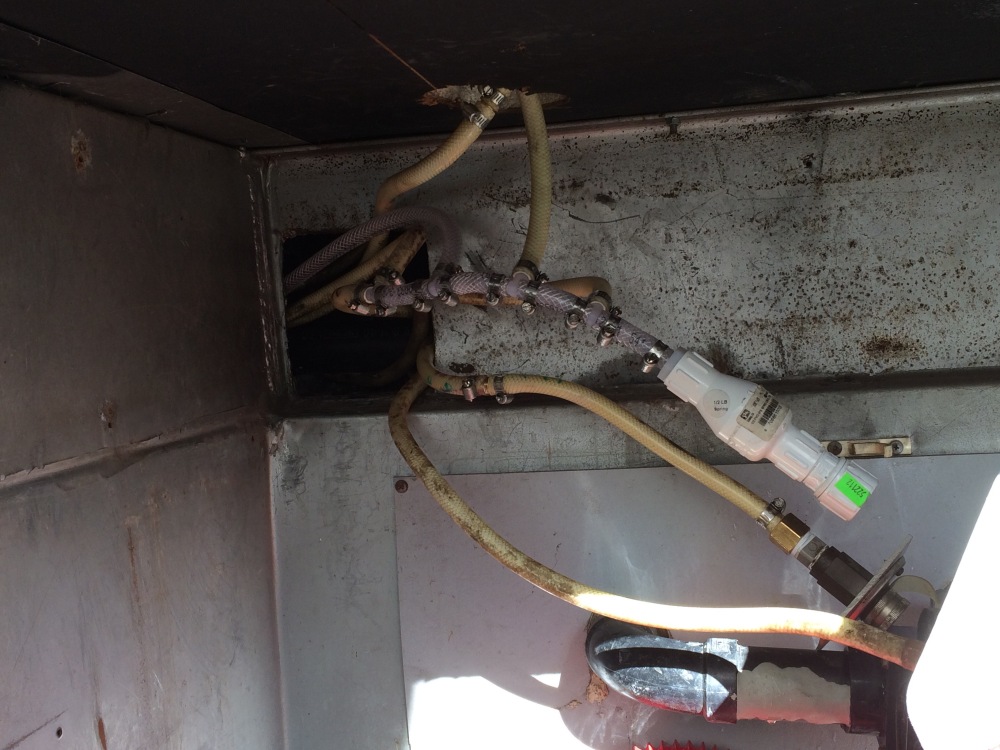 No longer a jumble of pipes and connections, our system now boasts an inline regulator and a setup that makes sense. 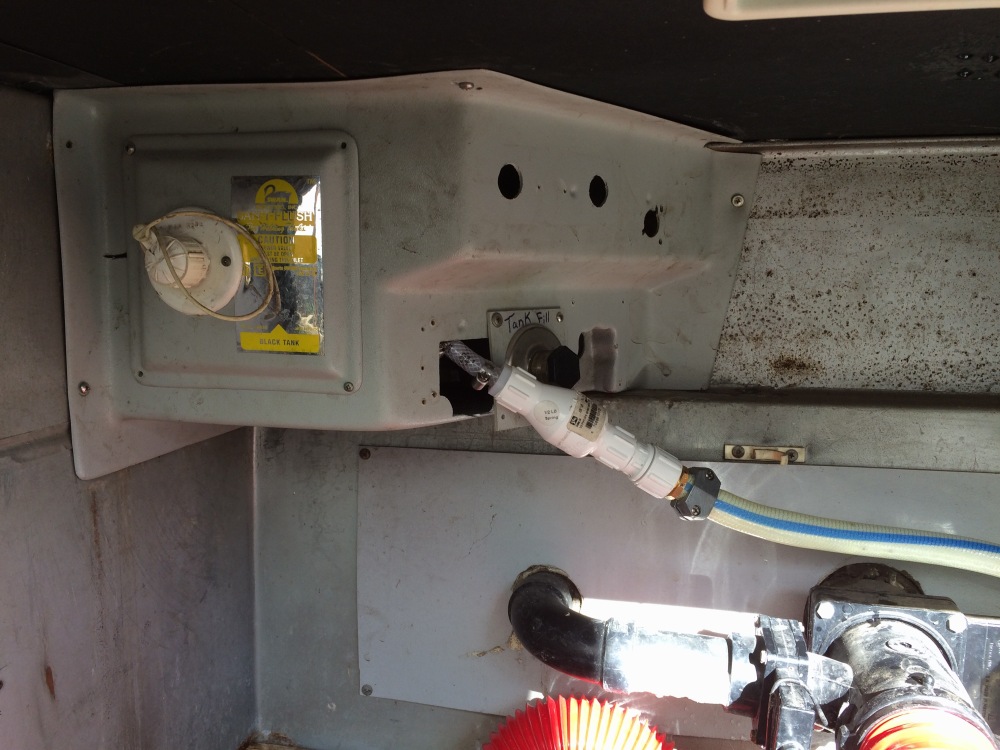 We are fortunate that it wasn’t worse and that we were home before any real damage could be caused. We all know how terrible unwanted water can be for a home.

The only area of the house that suffered is right in front of our fridge. The leak caused some water damage to the floor, but thankfully it was a small amount. 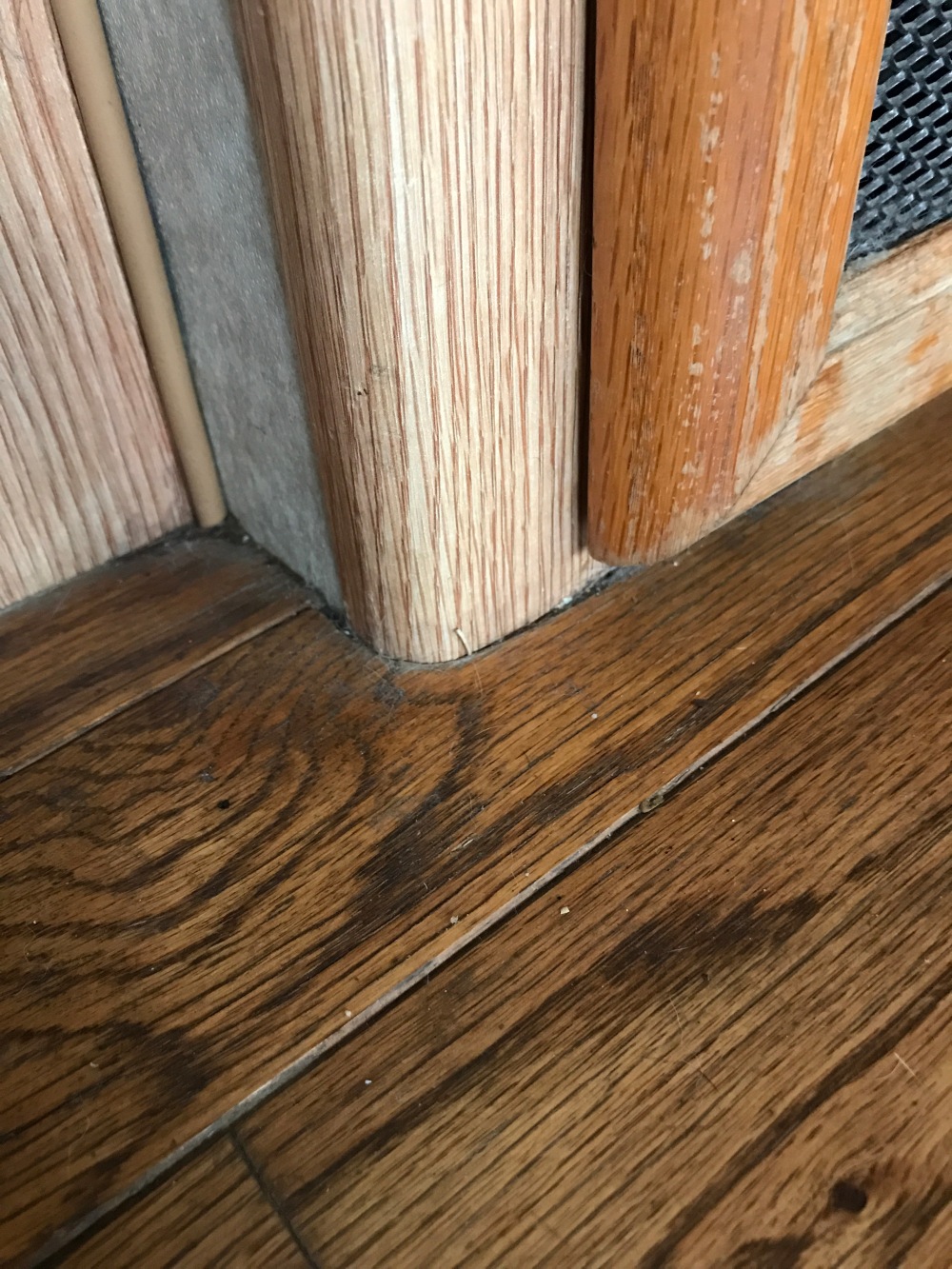 I have said it before and I’ll say it again:

I am so thankful that my husband is so handy! In frustrating and trying times such as this one, I know he will find the solution. 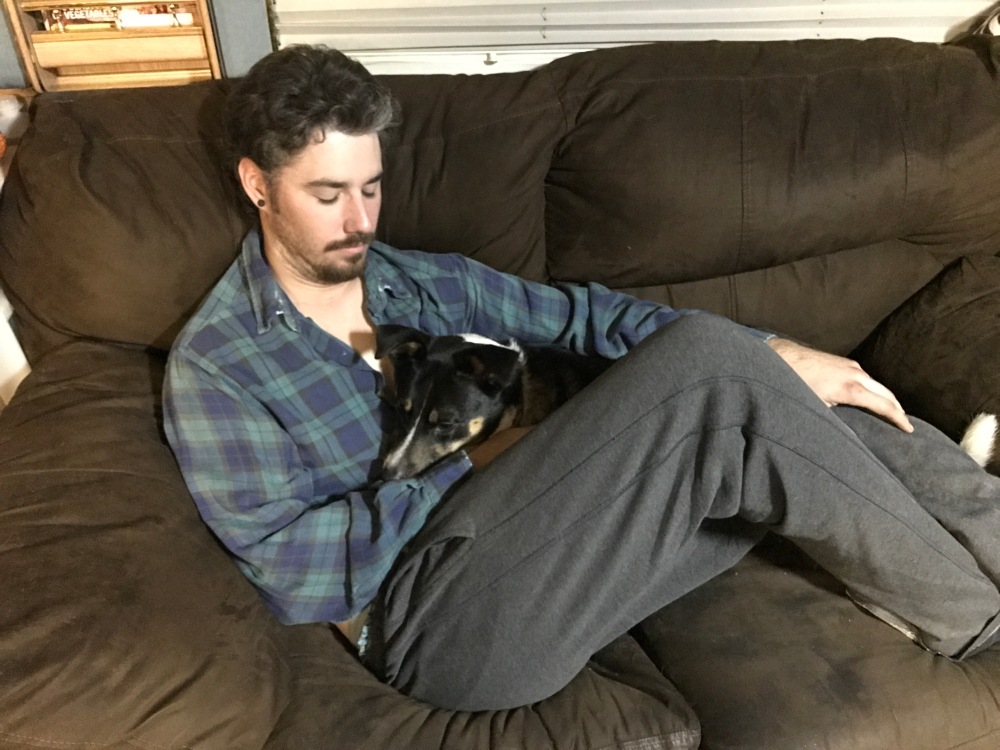