Our crazy month of visitors continues with our friend Trav coming in from Minnesota.  He is visiting for ten days before he heads out to hike the PCT (Pacific Crest Trail).  We are driving him down to the trailhead at the end of his vacation with us.  For now, he is camping out in our yard! 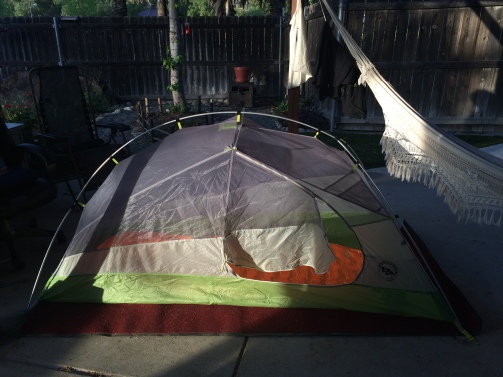 We have been taking him on a tour of the area, seeing many of the same sites as when Anita was in town.  Initially when he came into town, he made us aware of his intentions to convince us to move back to Minnesota.  He claimed that by the end of his ten days, he would have us convinced to come back home.  After two days in beautiful Cali, he has completely changed his tune and says he never wants to leave!  I can’t say I blame him, it’s awesome here!

Unfortunately, Theo had to have surgery right before Trav got into town.  He had his neuter surgery done along with having two teeth extracted.

He has been a sad little dog for the past couple of days.  We had to get him an inflatable collar because the traditional e-collar didn’t work for him.  All he wants to do is play and run around!

Though he’s not a big fish person, I convinced Trav to go to my favorite aquarium.  Unlike when our last visitor was in town, the weather has been absolutely perfect here!  Not a single cloud in the sky (seriously)!

In preparation for Trav’s upcoming hike, we decided to explore some of the trails around here.  Today, we had planned a hike to a nearby waterfall but when we got there we found out that all the permits were sold out for the day!  We ended up taking him on South Clevenger Trail, the opposite direction of our crazy mountain hike we did a couple of weeks ago and the trail we’ve always referred to as “up.”  My thought was that we would have more shade, being on the north side of the mountain.  I was wrong.

It was 89° and sunny today, again with no clouds to be seen.  We knew it would be too hot for the dogs to come with so we left them at home.  We traveled with five bottles of water and two bottles of gatorade.  Not enough, we found out.  I had tried looking up info about the trail ahead of time and one site told me it was only 1.5 miles.  We found out that it was nearly five miles and over a 1,000 foot climb in elevation.  Neat.

Andy and Trav both saw a couple of snakes cross the trail but no rattlers (darn it).  All I saw were a ton of lizards and a few vultures.

At the end of our hike we found the greatest viewpoint, complete with two rocking chairs cemented to the top of a rock!

It was an intense hike, especially on such a hot day.  We definitely went through all of the liquids we had brought with. 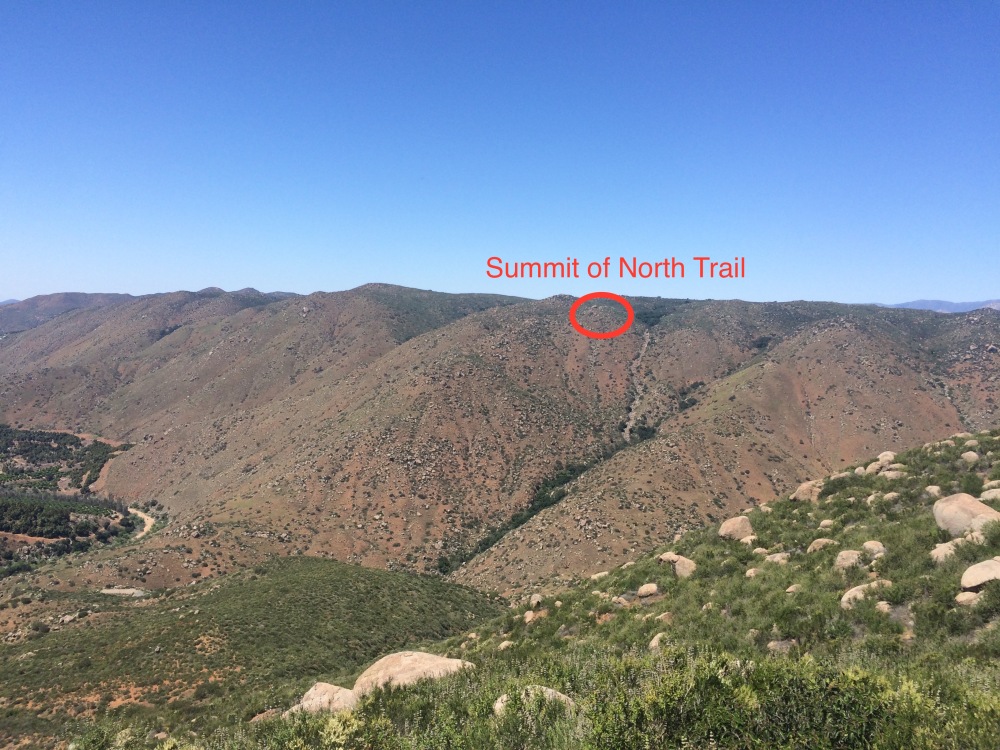 Though this was a long hike and it climbed a lot in elevation, I still feel like the North Trail was a tougher climb because it was not as gradual.  I’m sure I’ll be sore after this one but hopefully not in the knee-locking-up sort of way.  It felt great though!  We haven’t been doing as much hiking since we’ve had people in town.  We are going to try to get a permit to do the waterfall hike later in the week so stay tune for more amazing photos!  Loving SoCal right now!