I’ve always been impressed with people who climb mountains.  Like really impressed.  It is something I don’t think I’ll ever be able to do.  When I was young, I read a book about a woman who climbed Denali and was fascinated.  It takes a strength and endurance that many people do not have, including myself.

Andy and I decided to take a new hike on Monday.  On the winding roads that go towards Escondido are a couple of trailheads.  We’ve hiked the South Trail and decided to go north on a trail we’ve referred to as “down.”  We’ve been calling it this because it looks like the trail just goes into a canyon and might be a beautiful hike.

Monday was cool, 66° and cloudy.  A perfect day to try a new trail and take advantage of nice hiking weather before it warms up again.  We parked our Jeep at the trailhead, found the path, and started our descent down into the canyon, crossing over Santa Ysabel Creek and through a grove of various types of trees.  It was beautiful except for the very beginning which had a lot of graffiti and broken bottles.  We carried the dogs through this part.

The trail is called “Clevenger Canyon–North” and we took that to mean that it was a canyon hike.  We were wrong.  After crossing over the creek bed, we began to steadily climb.  We’ve always referred to this area as being the “foothills” near Ramona.  They’re not real mountains because they just aren’t high enough (according to us after going to Colorado and seeing the ‘real’ mountains–Pike’s Peak is over 14,000 feet).  Sure, there are a few that are labeled “mountains” and have elevations ranging from 5000-9000 feet but we’ve never considered this area to be truly mountainous the way the Rockies are.

I can tell you right now that foothills can feel like mountains, or as close to one as I have ever climbed.  The North Trail climbs over 1000 feet in elevation.  When we were halfway up it, we decided we wanted to complete the climb.  It’s over 5 miles roundtrip, not the worst hike but certainly one of our longer ones.

The views were amazing and the plants were really interesting too.  The trail was a little scary at times, winding back and forth on the edge of the hill, barely wide enough for your feet and looking straight down.  Lots of cutbacks and washed out trails to contend with.

We climbed and climbed.  A cheer died in my throat as we came over a ridge and realized we were not at the top yet.  We had more ahead of us but we took a moment to rest and refuel.

It felt like way more than 2.5 miles to the lookout point, climbing up so high from the canyon below. 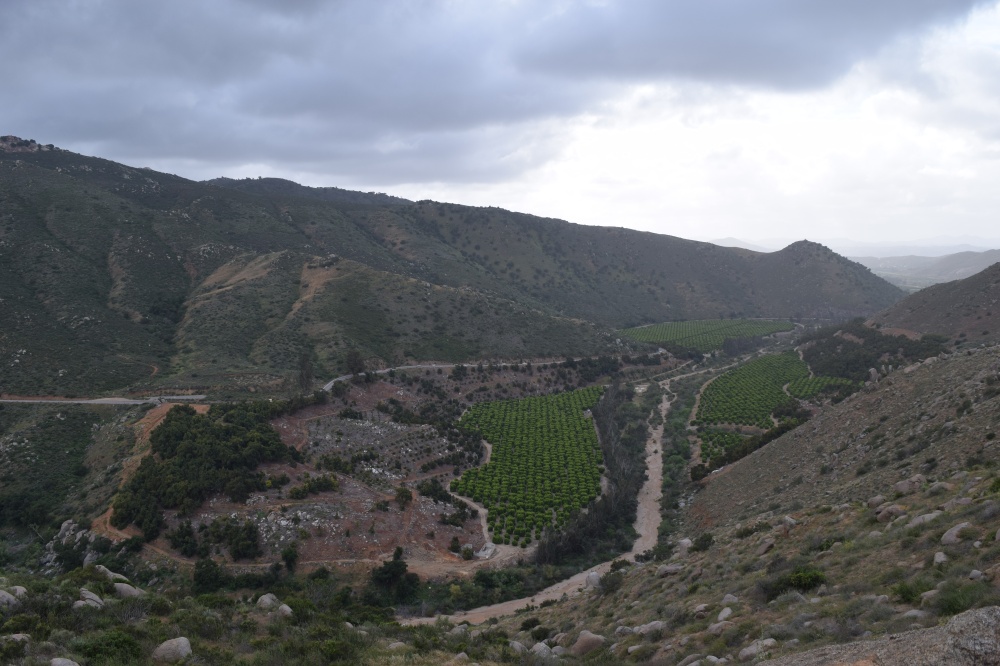 We didn’t see a lot of wildlife on the hike but we did see some pretty flowers and a neat lizard.

On our way back down, we met a jogger who was making great time and made us feel pretty darn pathetic for taking as long as we did and feeling as tired as we did.  He was doing this hike while “recovering from an injury” and we could barely complete it in good health!

In the middle of the night, I woke up with both knees completely locked up.  Couldn’t bend them.  After icing, ibuprofen, and rest, they eventually released themselves and moved towards feeling badly bruised.  I felt old and broken so I decided to look up more information on the trail.  What I found made me feel a lot better.  The trail we took is labeled as “difficult” and “hard” on multiple sites.  The description talks about the tough climb to the top, how hard it can be for the new or average hiker, and how the trail is often used for conditioning people towards mountain climbs.  Whew!  That makes me feel a little less upset about how hard it was on my body!  But it makes me want to tackle it again and again until it isn’t so hard.  I think that’s a great challenge to take on!