A lot has happened since I last wrote. It seems easiest to start from the beginning.

At the end of September, we took a trip to the cabin for the weekend. Andy and I wanted to get away for a bit and celebrate our wedding anniversary early. So, we packed up the Subaru and headed there on Friday night. It was cold and dark when we arrived, but a fire in the fireplace soon threw warmth throughout the cabin. The first night and most of the next day was spent relaxing together with the dogs. 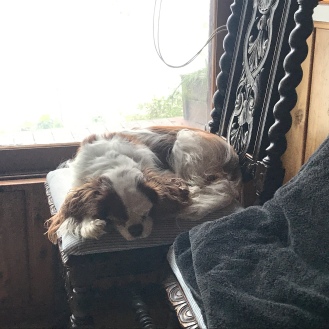 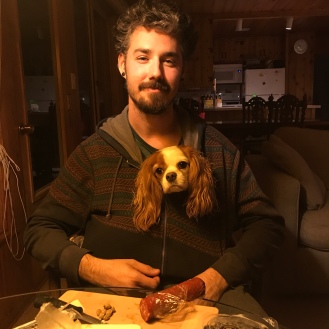 We were celebrating our 8-year anniversary, and we always follow the traditional gift. This year was bronze. Creatively, Andy wrapped my “bronze ticket” in a candy bar, Willy Wonka-style.

He handed me what I thought was a sealed Reese’s and said, “Here you go.” I was so confused, but I knew there had to be more to it. Looks like we’re going on a trip!

We were a little restless, so we decided to spend some time on the pickle ball court. The games got intense — in a good way. 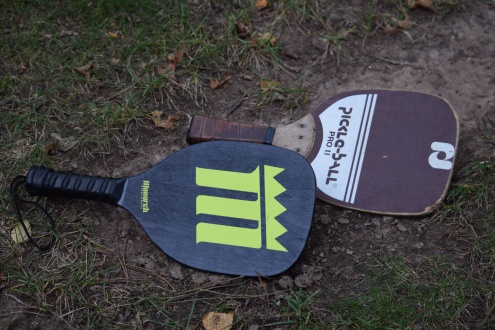 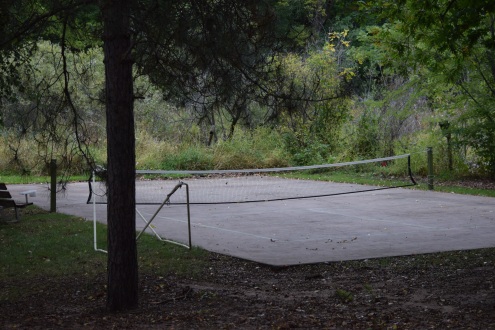 And we took the dogs out on the boat for a nature tour on the water. 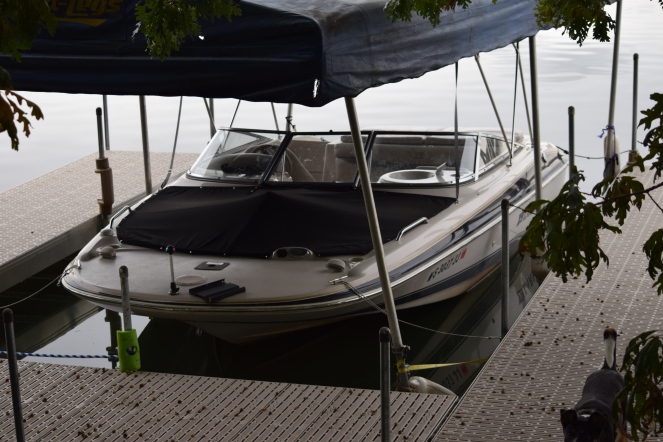 It was cold and a little rainy, but we still saw some wildlife.

It was a relaxing cruise around the lake. 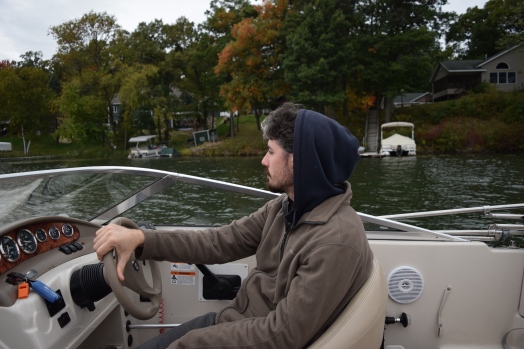 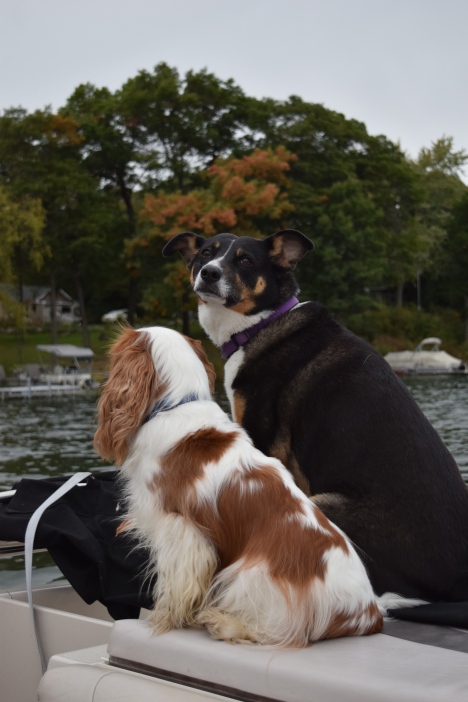 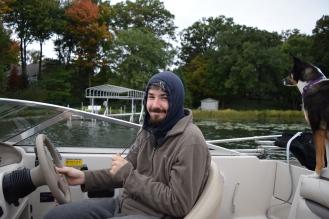 Perhaps one of the best sightings was a bathing juvenile loon.

Soon enough, we were chilled enough to make our way back to the fire.

That night, we got a call from my sister saying that our rabbit, Thumper, had passed away. He’d eaten his veggies in the morning and lay down to take a nap that he would never wake up from. 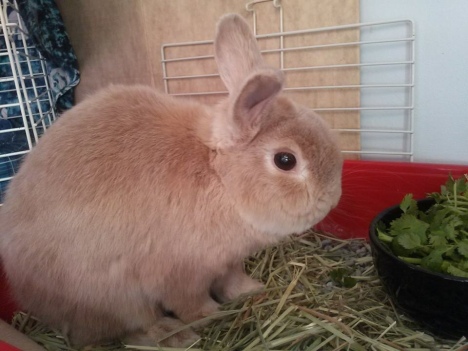 At 13, mostly blind and somewhat deaf, he was our oldest animal and the first one Andy and I adopted together. When we left on the road in the motorhome, my sister became his second mother, lovingly caring for him for the past three years. Though I knew it was his time, it wasn’t easy to hear that he was gone. And we planned a memorial for him on Monday once we were back home.

Though our spirits were dampened, we knew it was for the best. He had gone peacefully and, we hope, without pain.

Saturday wasn’t without other downers. Piper hurt her rear leg playing fetch. She slid in the mud trying to catch the stick and came back limping. (We ended up taking her to the vet, who gave her pain meds. She will hopefully heal just fine.)

Sunday was to be our last day at the cabin, but we had some visitors. 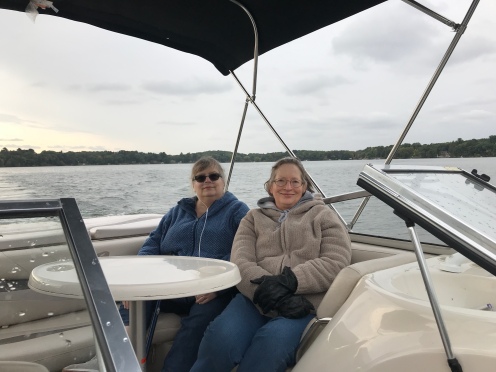 My parents, sister, and aunt came up for the day, and we celebrated my mom’s birthday. It also marked Piper’s 7th birthday (though we celebrated with her later). We went out for a ride on the boat and made a tasty dinner. It was a cozy day.

That night, we packed up our things and headed back home.

I had taken a couple of days off work, and since Tuesday was our actual anniversary, we decided to spend the day together. We had our picture taken where we exchanged vows 8 years before. 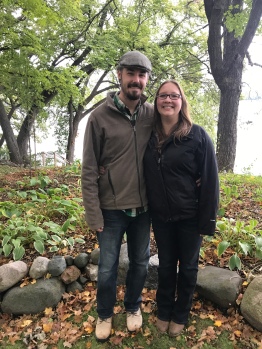 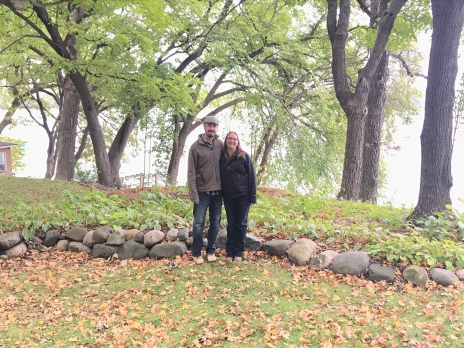 I helped Andy work for a while, and then we headed to Minneapolis for the evening.

We walked around the Minneapolis Sculpture Garden, and took the expected picture in front of the recognizable “Spoonbridge and Cherry.”

And we checked out the rest of the sculptures.

It was a chilly day, but we had a great time. We went out for dinner at a jazz restaurant and headed home.

We’re trying to take advantage of the different activities in Minnesota while we are here, and we checked one off the list with the sculpture garden! It’s been a crazy and wonderful 8 years, and we are looking forward to many more years of adventures together.