It’s been a busy December for the Wandering Dolphin crew! Here’s a quick catch-up from the past week or so…

We celebrated an early Christmas with Andy’s aunt Kris. It was a nice, relaxing night in. 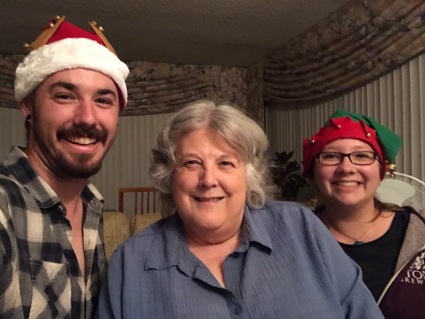 We went to two other Christmas parties over the weekend.

And one party with my Wolf Center peeps: 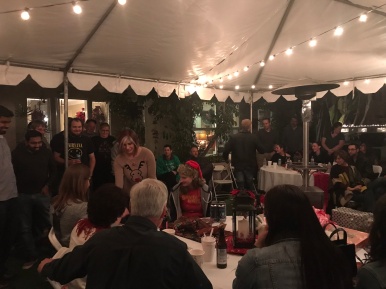 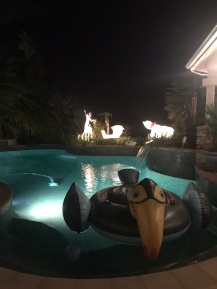 In the midst of all these celebrations, we found time to take a nice, long hike. Number 3 of 5 on our hiking challenge!

Though we’ve done this hike twice before, it was not within the time frame of the hiking challenge — and we are no cheaters, so we set off on the trail once again.

This particular hike is a long one, and definitely more challenging than most. With more than a 1,500-foot climb in elevation and clocking in around 6 miles round trip, it certainly gets the heartrate going.

Teddy and Piper were both champs and made the trip without issue. 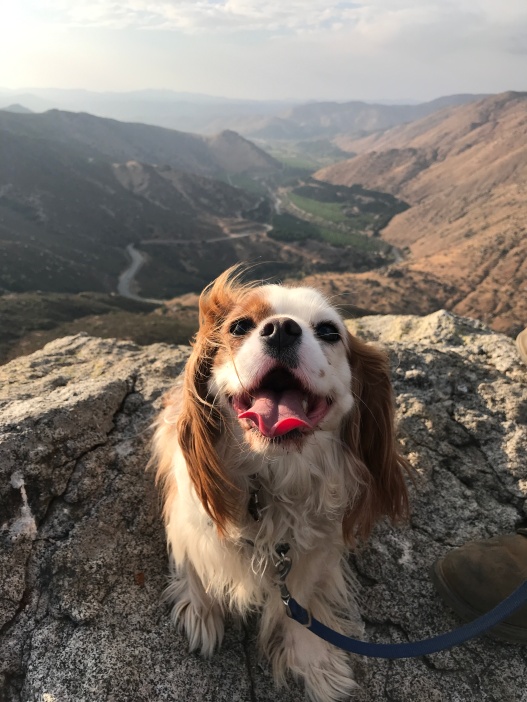 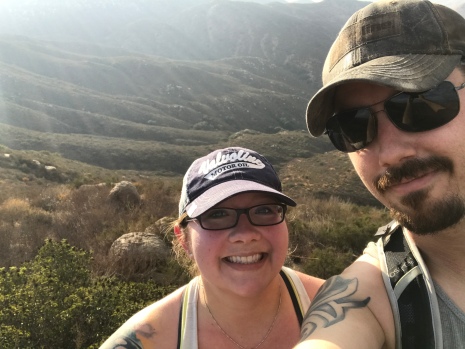 Teddy got a little tired on the way back, and I carried him for about five minutes until he was ready to hike again.

When we got back, it was quite the chore to clean all the stuff out of his fur — but he and Andy were so patient with one another. 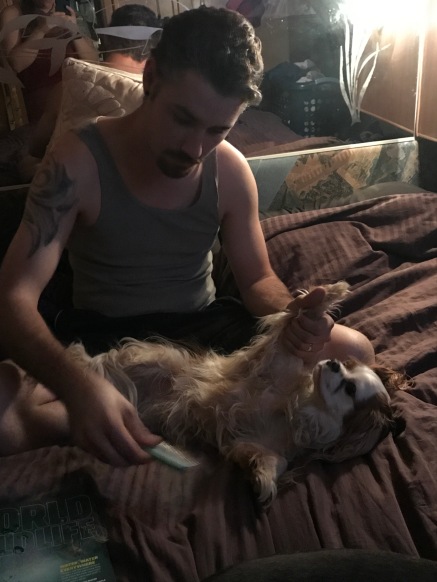 The dogs were pretty pooped after the whole excursion.

On Tuesday, we took a trip down to Tijuana, Mexico. It sounds exotic, and it could have been, but it was really a trip to the dentist.

We drove to the border, parked our car, and walked across into Mexico.

Andy has done this trip once before, but this was my first time going with. I wasn’t sure what to expect.

We walked quite a distance, along a pathway that soon brought us to the border gate.

After checking in with the guards and getting our passport stamped, we passed by some guys with huge guns (eek!) and into Mexico.

Once there, we hailed a cab and set off for the dentist. We were with our friend, Jesse, who was also visiting a dentist there. I got to see a bit of the city from the cab, but we weren’t going too far so I didn’t see as much as I wanted.

The small part that I saw mostly seemed like areas of Southern California, except that all of the signs were in Spanish and the roads were different (lots of roundabouts with statues in the middle).

I was happy I took some Bonine for motion-sickness, as the cab rides were a bit intense.

Hardly anyone spoke English, so I got to practice my limited Spanish, which was fun. We went out for a delicious breakfast at a restaurant that looked like a Spanish villa. I was so caught up in the experience that I hardly took any pictures.

We currently do not have dental insurance, and both of us needed cleanings and other maintenance. I have been to a dentist in Ramona, but the cost was quite high. After talking to several people that we know out here, we found out that going to Mexico for dental care is fairly common — and much cheaper.

Andy got several fillings done and I had my teeth cleaned. Neither of us like dentists, but we both agreed that this one was pretty great. She was very gentle and caring, and made us both feel more comfortable — even with the language barrier.

After a long day, we headed back to the border.

It didn’t take us very long to get back in — partially because we didn’t drive, I think.

Though it was just a trip to the dentist, it was a different kind of adventure for me. And I want to go back! Next time, we are going to explore some of the more touristy areas — and I am going to brush up on my Spanish even more so that I can use it again.

We are looking forward to our next adventure coming up this weekend: a trip to Arizona for Christmas! 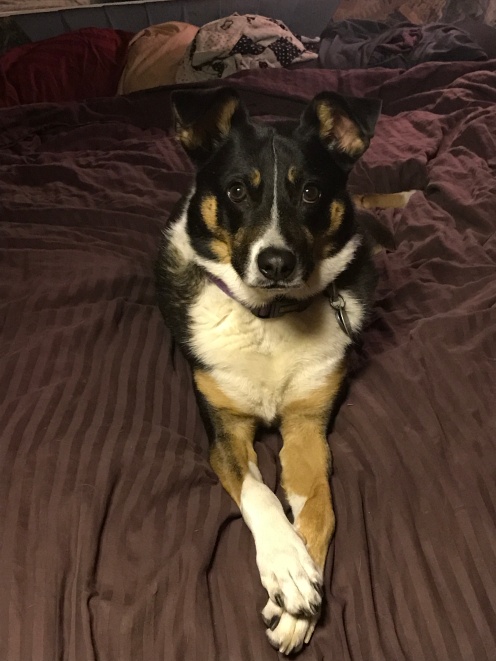