As many of you know, Halloween is my favorite holiday. I have boxes upon boxes of decorations stored in my parents’ basement and normally would be in my element this time of year. Due to the heat, Andy and I were determined to boycott the holiday this year until we could celebrate in a place that was not 90-some degrees.

Still, we did end up celebrating to some extent — though it did not include carving pumpkins or decorating the RV.

On Saturday, we helped the neighboring campground with their annual “haunted trails” event.

I was a spirit guide and Andy, well Andy was a terrifying clown like last year.

By the time the trail had started, the weather had cooled down and it almost felt like fall — not to mention the beautiful silhouette of the foothills on the pond at sunset. 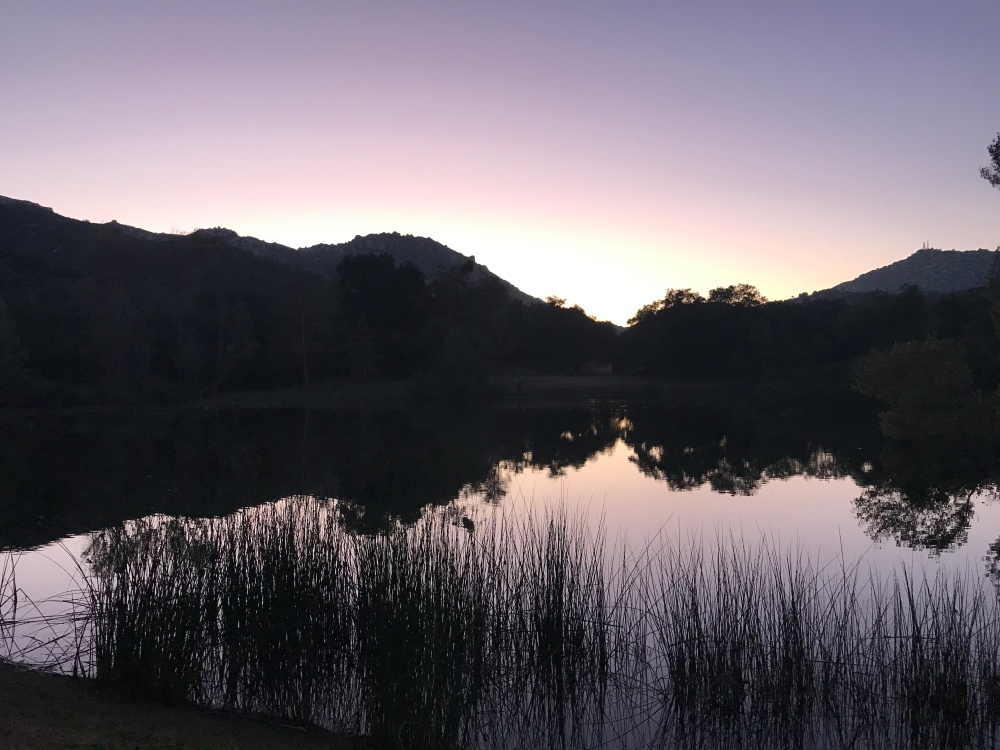 That night, we decided to get out of the house and go to a house party that a friend had invited us to. Man, do I have some new life goals now! Their house was decorated to the nines, and the party-goers did not skimp on their costumes. When I host my next house Halloween party, I have some new goals to achieve in my decorating. 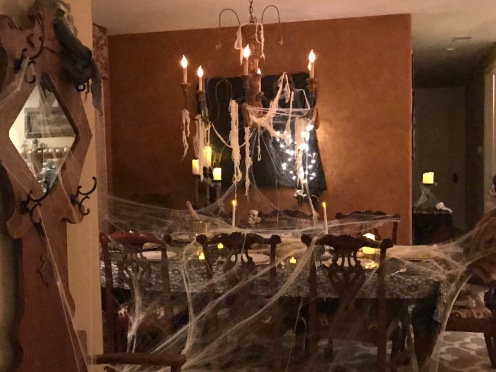 It was even catered, with an open bar, and a costume contest with prizes. 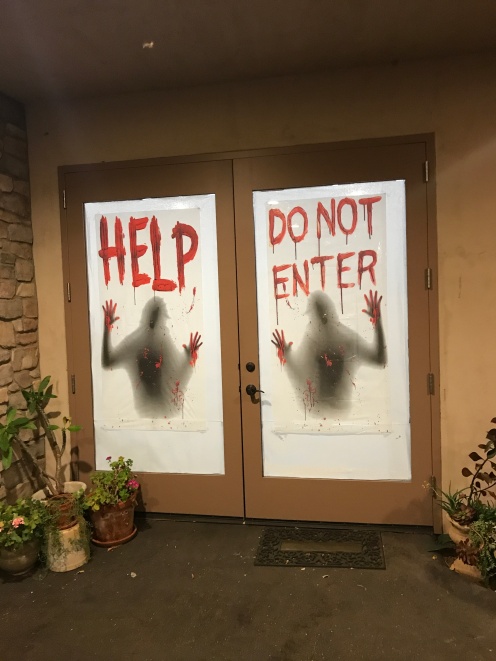 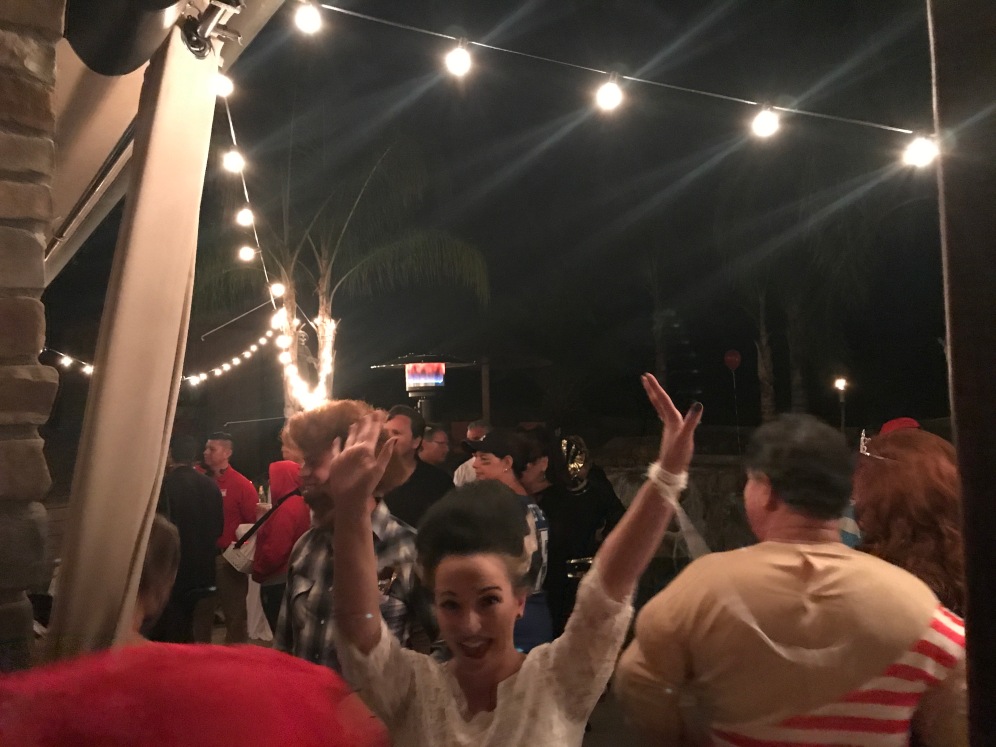 The party made me feel like I got to experience a little bit of Halloween anyway — something I thought I was going to miss out on this year.

It was held at the Mission, and the clothing and makeup were stunning (not to mention the Mission itself, built in 1798).

Before and after attending, I learned a lot about Dia De Los Muertos, and it is a very interesting tradition (dating back more than 3,000 years!). Though I had learned about it in school when I was younger, learning more and refreshing my memory gave me a better appreciation for what the celebration is all about — and it is fascinating. 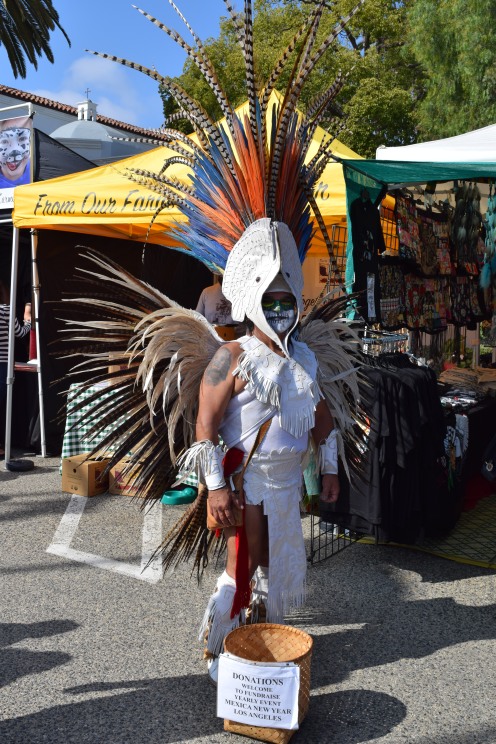 Monday, we decided to take the dogs on a new hike, so we went down to the San Dieguito Lagoon, which is among the most rare and threatened habitats in Southern California. 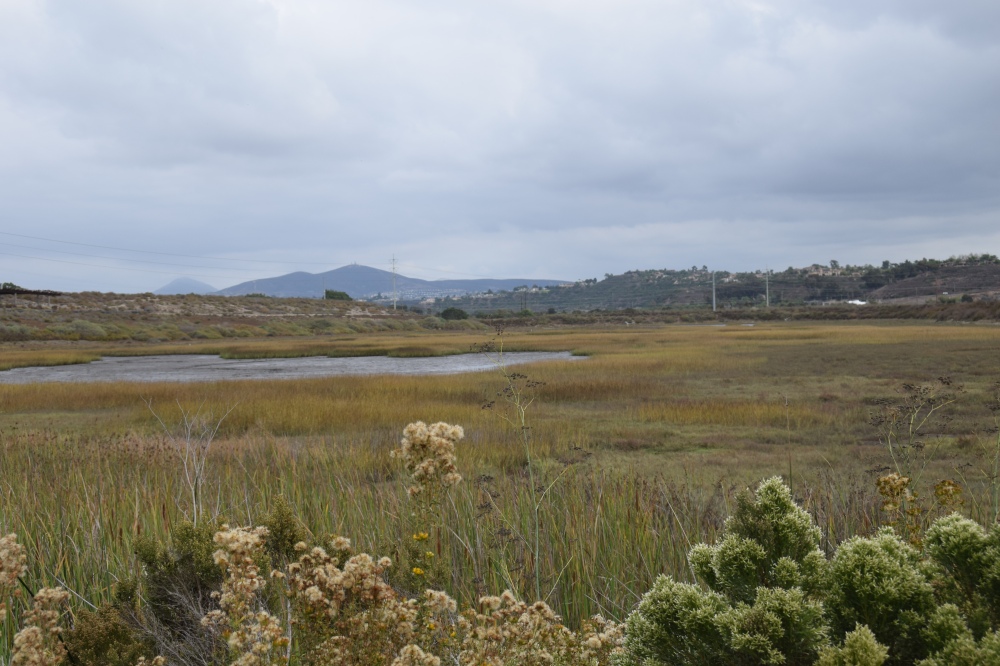 We saw lots of wildlife — mainly birds, but also some fish and rabbits.

The dogs had a good time on the trail, and we took them out to a dog-friendly restaurant for dinner. 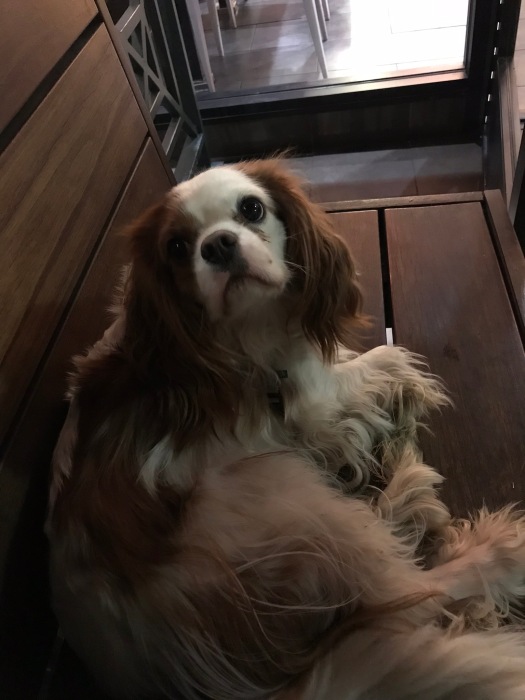 On Halloween, I helped my work decorate for the annual Trick-or-Treat event on Main Street in town, and I got to take photos of the masses of people who come out in costume. I was prepared to be royally disappointed for this Halloween — and even though it was low-key, it was still a fun time! 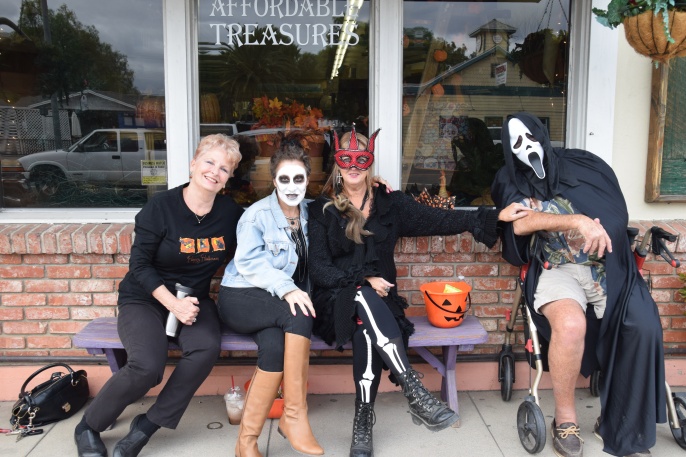 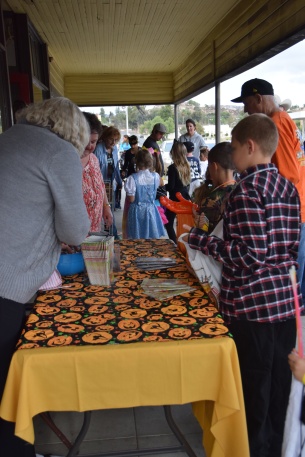