I hope we learned something from our blizzard experience in New Mexico because it looks like we have some more snow and cold weather headed our way.  We are spending Thanksgiving in the mountains of Colorado and so far, the weather has been beautiful.  The days are intensely sunny and even in 40° weather, we are wearing sweatshirts and sitting on the deck.  The nights are growing steadily colder and we have taken some precautions to prevent our water lines from freezing.

We are using the same blanket/towel/sheet layer to cover the drafty areas inside the RV but that won’t be enough with the weather we have coming. The nights are colder than what we dealt with in New Mexico, even though it will hopefully snow less.  Andy fashioned a half-skirt for the outside of the RV out of a large tarp.  He cut it and folded it in half, securing it to the outside area around the holding tanks.  Then he mounted several heat lights underneath to prevent freezing.

We are parked alongside the cabin but the flattest spot is still too much for our jacks to level us.  We stacked boards underneath but the angle is still quite intense; moving around in bed at night is a battle to not roll off and forget about using the toilet normally.  Thankfully, we spend most of our time in the beautiful cabin and site-seeing in surrounding areas. 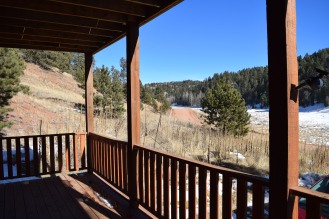 We are staying near Cripple Creek, a small mining town in the mountains. My dad and sister drove out from Minnesota to spend the holidays with us and my family that lives in Southern Colorado.

Yesterday, we took two of my younger cousins horseback riding.

Today, we went to a wolf sanctuary nearby.  It was pretty cool and we all learned a lot about wolves, foxes, and coyotes. 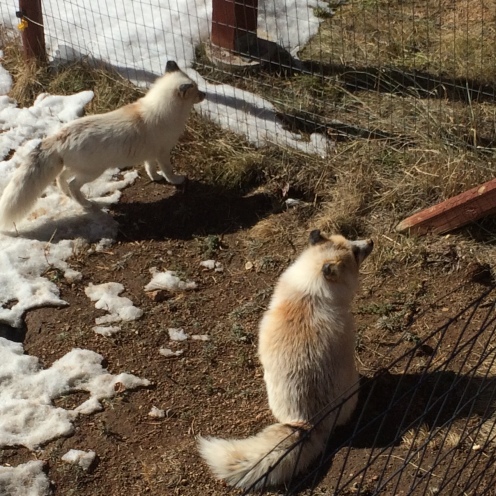 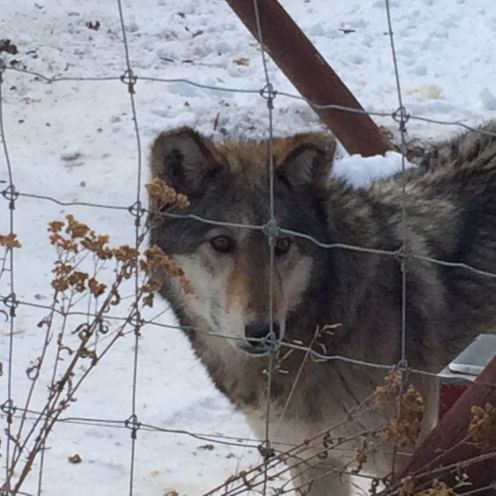 We have seen quite a bit of wildlife from our front porch at the cabin.  Our first night here we spotted a coyote in the field across from us; several mule deer sightings; and we have seen two foxes!  One of them was right outside the door of the RV next to the cabin so we have to be really careful with the dogs, especially Theo.

It is supposed to start snowing here tomorrow and we have heard everything from 1-6″.  We are hoping it won’t be much because we are on a hill on a dirt road and have no idea how we would get out of here if it snows a lot.  Wish us luck!  Happy Thanksgiving!